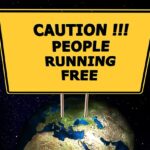 C-Span hosted a call-in discussion in which at 7:30AM a woman expressed a view (paraphrase) that we need a people’s counsel that approved or disapproved the laws and policies by politicians.  If principles in the US Constitution hadn’t been so defiled by institutionalized greed and corruption in the electoral process enforced through Citizens United, our system would be representative in which politicians had as their first concern, We The People.

MSM seems remiss in mention of rights of nature that has been ongoing within many Indigenous communities.  https://popularresistance.org/the-rights-of-nature-movement-cannot-be-stopped/         –Many communities now facing outside corporate harm turn to regulatory agencies for protection. Yet those agencies’ function is to manage harms, not to oppose them, and public input at hearings has no legal status. So, what’s a school nurse faced with big corporations that are threatening her community going to do? Propose a Community Bill of Rights, saying that we have a right to act to protect our community from external harm. That our human rights are inalienable and take precedence over property rights. And while we’re at it, let’s assert that nature has rights too.

But is this legal? It’s certainly as legal as the Declaration of Independence.–end of popularresistance info–

Many NY’ers are aware of CELDF and their Democracy School work.  Speaking of MSM, during the local anti-fracking movement in the Southern Tier of NYS, that ended in the NYS fracking ban, the effort of so many local-community citizens went unreported.  The growing number of local community actions will be difficult for even the most servile-to-capitalism MSM to ignore.

US MSM is trained in fanning flames of war, but less enthusiastic in sharing peaceful perspectives.  A free press wouldn’t be associated with corporate ownership that is also associated with the owning of politicians via Citizens United in which politicians are loyal to campaign donors rather than the US Constitution or We The People.https://countercurrents.org/2022/09/end-war-in-ukraine-say-66-nations-at-un-general-assembly/?swcfpc=1    –We have spent the past week reading and listening to speeches by world leaders at the UN General Assembly in New York. Most of them condemned Russia’s invasion of Ukraine as a violation of the UN Charter and a serious setback for the peaceful world order that is the UN’s founding and defining principle.But what has not been reported in the United States is that leaders from 66 countries, mainly from the Global South, also used their General Assembly speeches to call urgently for diplomacy to end the war in Ukraine through peaceful negotiations, as the UN Charter requires. We have compiled excerpts from the speeches of all 66 countries to show the breadth and depth of their appeals, and we highlight a few of them here.

Global South leaders lamented the breakdown of the UN system, not just in the war in Ukraine but throughout decades of war and economic coercion by the United States and its allies. President Jose Ramos-Horta of Timor-Leste directly challenged the West’s double standards, telling Western countries,–end of counterpunch info–

Amidst the Biden administration’s forever-wars policy in Africa, BAP launches a month of action against AFRICOM (U.S. Africa Command)

Is that a chilling echo of Dr. Strangelove we are hearing from Biden’s nominee to oversee America’s nuclear weapons arsenal?

The Great Denial: Why they don’t want us to talk about class

The war on Germany just entered its hot phase

Streamed live 18 hours ago What is Status Coup? https://youtu.be/-PeYAeDOf10 This week is hosted by Kim Brown! This week she talks about Hurricane Ian and the failure to properly respond. And people being forced to WORK while in the shelter. Also Ted Cruz getting booed, and the ongoing Russia/Ukraine war.