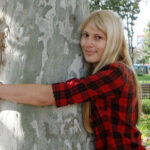 In the Southern Tier of NYS, citizens who have been labeled as activists by the Broome County Sheriff, are standing for human, civil, and environmental rights as pertains to a clean environment. read more

Language Of Co-dependence And Enabling 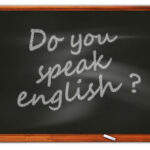 Birds of a feather……One is thrilled to see interaction and participation among those of good conscience.  Sadly we seem to have had more than our share of collaboration between people of ill intent.

Dark Sky combining with the National Audubon Society seems a match made in heaven, so to speak—-https://www.darksky.org/what-you-should-know-about-bird-migration-and-light-pollution/?eType=EmailBlastContent&eId=3f08e3d2-01ac-413a-8c75-6eae9c1cdd33–Across the country, bird lovers, conservationists, and amateur astronomers are working together to help birds safely migrate between their seasonal homes. Inspired by the FLAP program in Canada, advocacy organizations are working together to encourage individuals and businesses to participate in Lights Out Programs, which help participants learn about the effects of ALAN on migrating birds and take action to reduce light pollution. The National Audubon Society established its first Lights Out Program in Chicago in 1999 and keeps a growing list of over thirty active Lights Out Programs in the United States.
–end of darksky info–https://darksky.salsalabs.org/july20nightwatch_copy1_copy1?wvpId=5ef00d88-49f8-4d98-ae87-44ce51528bf0–
Since we last checked in, we announced a new partnership with the National Audubon Society. This comes just in time to raise awareness about the devastating impact light pollution has on migratory birds during fall migration.

–end of darksky info—https://www.audubon.org/–https://www.audubon.org/news/forest-service-proceeds-plans-remove-roadless-protections-tongass-national–The U.S. Forest Service released the Final Environmental Impact Statement (FEIS) today for its plans to roll back long-standing “Roadless Rule” protections for the Tongass National Forest in Southeast Alaska, the country’s largest national forest. The FEIS includes significant fragmentation of roadless areas within the Tongass, and puts birds and other wildlife that live within these intact remnants of the forest at risk.

–end of audubon info–
Anthropomorphism afflicts types of politicians and public servants who should understand the connection between humanity and nature.  Middlemen have insinuated themselves via advertising, into short-circuiting this connection in order to sell product that harms both.  One cannot even imagine Trump taking a soul-lifting walk through a wild place, but that may be a personally prejudiced view of this President.  Harder to misinterpret would be a speech by Obama to promote our National Parks, ending with the suggestion that (apparently to relieve your boredom), you could stop at a dealership on the way to purchase an off-road vehicle in order to better enjoy your National Park visit.  Take urban blight wherever you go, in case you get lonely.
We really need to elect public servants based upon principle rather than personality.
When we can’t see the forest for the trees, we may wish to slow down and think through that which is being spoken to us—-https://www.facebook.com/billhuston/posts/10222393132593839–

Revolution of the Mind (1hr version)

–end of facebook info—————Offered as a perspective you may not hear from cable channel MSM.  Habit is difficult to recognize, let alone tackle.  To hear an original perspective may be a good place to start.

Can language erase our connection with The Creator, and so with Nature, to the extent that we are willing to destroy all of the 3 for profit?—-https://psyche.co/ideas/learning-nahuatl-the-flower-song-and-the-poetics-of-life?utm_source=Aeon+Newsletter&utm_campaign=6cf76159fb-EMAIL_CAMPAIGN_2020_09_21_05_31&utm_medium=email&utm_term=0_411a82e59d-6cf76159fb-70464341–Nahuatl is what we call a group of two dozen interrelated languages spoken mostly in central Mexico for the past 1,500 years and by 1.5 million ethnic Nahua people today. The lingua franca of the Aztec Empire, Nahuatl was decreed the official language of the Spanish colonies in 1570, and was used as the language of missionary work in indigenous communities. Scholarship arose around the language. Catholic Nahua elites proudly spoke their native tongue, using it to record ancestral histories. Then, in 1696, King Charles II decreed Spanish to be the one and only official language. Nahuatl survived, but in remote communities or in the hushed conversations of working-class urban Nahuas.
–end of psyche info–

The ability to speak one’s own view is essential.  In modern-day USA, not only does information originate from a narrowing number of people, but active censorship of others has become normal.  A glaring such offense is the censorship in debates by the Democratic/Republican duopoly toward 3rd-Parties.  One speaks specifically to he surgical censorship of Green Party Presidential candidate Howie Hawkins.
Chauvinism by religion is sprinkled throughout a history that has been suppressed in our system of education.  William Barr reminds us of this blatant censorship when he giggles that “history is written by the winners”.  Does this imply history is written by the most blood-thirsty personalities among us?
http://ili.nativeweb.org/sdrm_art.html———-
Under various theological and legal doctrines formulated during and after the Crusades, non-Christians were considered enemies of the Catholic faith and, as such, less than human. Accordingly, in the bull of 1452, Pope Nicholas directed King Alfonso to “capture, vanquish, and subdue the saracens, pagans, and other enemies of Christ,” to “put them into perpetual slavery,” and “to take all their possessions and property.” [Davenport: 20-26] Acting on this papal privilege, Portugal continued to traffic in African slaves, and expanded its royal dominions by making “discoveries” along the western coast of Africa, claiming those lands as Portuguese territory.
———end of nativeweb info–

In fact, real life is moving forward across the USA, in spite of the capitalistic hierarchical Establishment intrusion into our peaceful local communities—-https://wildhunt.org/2020/09/column-autumn-whispers.html?utm_source=Wild+Hunt+Subscribers&utm_campaign=d29ebce76d-DAILY_RSS_EMAIL_CAMPAIGN&utm_medium=email&utm_term=0_684818cea6-d29ebce76d-238028410-–Naught of blood nor flesh nor boneCan halt the wheel that rolls like stone.
On time’s own bold, relentless flow
Into the darkling days we go.
–end of wildhunt info–
http://home.intranet.org/~maggi/bardicarts/chants/whenwearegone.html–

When we are gone, they will remain Wind and rock, fire and rain They will remain when we return The wind will blow and the fire will burn.--------end of Starhawk and Anne Hill info-- read more