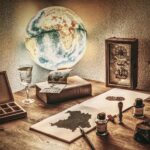 Democracy means each individual respect their own life, and says so.

energyhttps://moguldom.com/420225/us-government-defense-department-we-are-concerned-about-energy-shortages-in-america/?utm_source=moengage&utm_medium=push&utm_campaign=subscribed        –The signs of a possible energy crisis are already there.

In a nation where political expediency by the D&R duopoly has mandated by insinuation that MAGA people shouldn’t directly communicate with the Democratic Base and that the Democratic Base may not communicate with MAGA people, how much more difficult may it be to consider Chinese people as human beings.  As one who is aware that China is as capable of human rights violations as, for example, has been the USA, one also believes humanity in general wish protection of human rights and natural rights, in spite of governments and elite that don’t.

The voices of individual people around the globe deserve to be heard, and we would all be the better to be capable of hearing others.  For example, those who oppose Climate Change action because “China would need to do the same”, so state this notion as though the people of China aren’t equally impacted by Climate Change.  This is so obviously untrue as to be an insult to intelligence, yet we continue to hear this argument against taking action in the USA.

While China’s mainstream reception of steady-state thinking is practically nonexistent, the situation is not entirely bleak. Economic scholars from some of China’s top universities such as Nankai’s Maochu Zhong and Tongji’s Dajian Zhu have openly acknowledged the validity of steady-state economics. These scholars have studied the works of Herman Daly and related scholars, and consider the steady-state model a possible alternative to the growth-orientated economic mindset.

This is not to say China is oblivious to its environmental toll. Chinese citizens and the Chinese Communist Party (CCP) are well aware of the threat of carbon emissions and climate change. Unlike certain politicians of the USA, recent CCP leaders haven’t shied away from the fact that a balance needs to be struck between the environment and the economy. Starting no later than 2011, the ex-premier Wen Jiabao openly declared that economic growth cannot come at the expense of the environment—a political consensus that was passed on to the current administration under Xi Jinping.–end of steadystate info–

As the USA imagines itself as a world leader, we could lead in the area of steady-state economy.

Water has been taken for granted, along with the rest of nature that is used as a natural resource rather than a life force.  The Southern Tier of NYS has problems with water due to water-treatment-plant problems.  Jackson, Mississippi is another region so impacted.  One recalls a CBC member dissing natural rights several years ago, because—-paraphrase—–I’m more interested in jobs for constituents than the bunnies in the forest.

Environmentalists see the world differently.  Perhaps more as a Whole, as in wholesome.

Our government must come around to integrity.

For example, we are sending absurd amounts of cash overseas while our own citizens go begging.  This is helpful for American oligarchs who are also political campaign donors, but dismissive of We The People.  Speak to your “representative”.

Research will reveal that a reason the Flint bureaucrats changed away from safe drinking water was to promote fracking.  And so ir goes.  It’s about the money, greed, and privilege.

The co-founder of “Pink Floyd” is known for his support of imprisoned Wikileaks’ creator Julian Assange, and for his opposition to imperialism and war, as well as for his awesome music, loved by millions around the world

.FBI behind seizure of Venezuelan plane in Argentina

From nurseries to Nazis: Ukraine’s terrorist radicalization of children

Ground beneath Zelensky’s feet is shifting

While US politicians continue to govern in accordance with wishes of capitalistic hierarchy, people are beginning to awaken to personal responsibility in our own lives.——- https://mailchi.mp/6e8e78c1bdb0/green-party-of-st-louis-meeting-wed-april-19-2017-recent-and-future-elections-6159697?e=d624642c9f             —

Were you or someone you know hit by the St. Louis area flood of July 26,
2022?  Flood frequency and associated damages in Missouri are increasing.
New developments aggravate flooding and place additional infrastructure in
harms way.  Dr. Robert Criss will discuss the causes of increasing risk,
with special focus on the recurrent flash flooding of the River des Peres.
He will cover historical changes to the River des Peres channel, regional
developments, the flood record, and new methods for inundation mapping
and flood warning.  Dr. Criss will offer recommendations for homeowners
as well as for city, state and federal governments.  Audience participation

is welcome.  –end of gatewaygreen info–

, who just made history to become the first Alaska Native to serve in Congress and the first woman to hold the seat, flipping it after 49 years of Republican control. Oh and she also beat Sarah Palin.

“Nature is Not for Sale” Vandana Shiva Tells RFK Jr.

Overcoming the Hurricane of Hunger