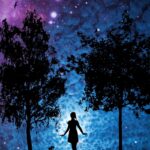 Hierarchical Establishment types may have begun to notice the success when locally-supportive people work plans for lifestyle that are logical, effective, and fair.  Sensible would be a change away from the depravity of capitalistic process toward more people-friendly systems.  Instead it feels like Establishment is attempting to hitch their wagon to the stars of local community.

First supremacy must be presumed by Establishment-supporting types.https://twitter.com/LakotaMan1/status/1564423778280427520            –3 years ago Republicans were questioning Arizona Representative Eric Descheenie’s immigration status. The man’s from the Navajo Nation — Are MAGA white people really that dumb?

Words must be strained through Establishment-presumptive filters.

https://twitter.com/robintransition/status/1564870943176114176        –Excellent article on degrowth and why we shouldn’t swap the name for something more “pallitable”. “What we need is for more of us in wealthy nations to intuitively associate the term ‘economic growth’ with ‘collapse’”.

The way we speak of lifestyle that is most logical and supportive of nature and humanity seems to be in conflict with, for want of an actual descriptive word that feels non-existent in English, slick advertising, implies we most often hear phrases uttered by capitalistic hierarchical Establishment, to define progress for We The People. The following tweet implies natural woods and meadows near a housing estate where people reside.

One contrasts the above tweet with a local Upstate NY announcement of a moderate-income housing project.         https://www.binghamton-ny.gov/Home/Components/News/News/235/15#:~:text=Mayor%20Kraham%20Announces%20Plans%20for%20%2424M%20’Stadium%20Lofts’%20Housing%20Project&text=(BINGHAMTON%2C%20N.Y.)%E2%80%94Mayor,near%20Mirabito%20Stadium%20in%20Binghamton.            –“The Kearney Group is thrilled to be working with the City of Binghamton to bring their vision for the Stadium Master Plan to fruition,” said Ken Kearney, president of the Kearney Group. “We feel our Downtown mixed-use model is a perfect complement to the synergy surrounding Mirabito Stadium, and we look forward to working with Mayor Kraham and his team to bring another impactful urban project to Upstate New York.”

“We’re thrilled to see such an exciting and vibrant project taking shape right across the street from Mirabito Stadium,” said David Sobotka, owner and president of the Binghamton Rumble Ponies. “Alongside the City, we welcome Ken’s firm as the newest partner in our collective effort to revitalize Henry Street, draw more people to the Stadium District and continue to improve the area.”

“Binghamton’s thriving arts and culture scene has helped fuel the revitalization of downtown, and the new Stadium Lofts project will build on that progress by offering brand new artist housing and commercial space right near our arts district,” said Broome County Arts Council Executive Director Nancy Barno Reynolds. “We’re excited by the potential of this project to transform an important part of our urban core and support Binghamton’s growing arts community.”

Several thoughts from a casual observer——

*Binghamton does have a thriving arts and culture scene that seems promoted by local-community interest and effort, and seems to have grown “from the bottom up”

*What would be the benefit to types of community interested in arts and culture, not to stereotype but here goes, to choose to live near a stadium with noise, pollution, turmoil, highways and assaulting lighting?

*That “the local arts and culture scene” members may be less inclined to donate to political campaigns than may be, for example, out-of-region stadium investors, could be a motivating factor for bureaucrats and politicians to associate the “thriving scene” with a struggling (and annoying) stadium

*Fortunate may be that the topic is a stadium rather than, for example, a gambling casino

*Should questions arise about use of a “thriving scene” as a foil for a failing stadium?

*Should questions be asked about the reason that the “thriving scene” that so well maintains and retains wealth within the community, should be used by politicians who may or may not be beholden to big-money-out-of-town investors who may or may not profit by a continued drain of local resources away from locals?

*This didn’t happen due to lack of interest by the public, while the public went about the activity of building a “thriving scene” of their own interest

*Some people notice the lighting-assault against a night sky currently

*Will said lighting-assault against a night sky attract more arts and culture types?  Maybe, maybe not….

That profiteering by big-money interests is linked to Climate Change, is a topic for discussion.

Many of We The People seem to have taken seriously a large number of slick advertisers, for lack of a better description in English.  Comedians often notice said seriousness for the snake-oil show it may be.