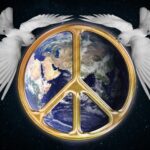 Human rights and indeed environmental rights supersede legislation.  This FACT appears to have fostered another euphemism which is “ordered liberty”.  “Ordered liberty” insinuates man-made laws in place of human rights.  FACTually speaking human rights are intrinsic to people as environmental rights are intrinsic to nature.  Hierarchy has as its mission, limiting these rights for exploitation by Establishment.

https://portside.org/2022-07-22/where-supreme-courts-ordered-liberty-going?utm_source=portside-general&utm_medium=email    –The idea that freedoms could be “limited by the need for order in society” is dangerous because it enables right-wing forces that are in power to determine what “order” means and what freedoms should be limited.

Writings from The Founders are many and diverse, with views that questioned the type of government to be installed.  Predominate seemed to be reference to what many of the Founders called “natural rights”.

https://www.thoughtco.com/what-are-natural-rights-4108952      –In modern society, every individual has two types of rights: natural rights and legal rights.

Ironically the US Constitution appears to support natural rights as suggested by human rights and environmental rights to an extent that belies so-called “ordered liberty”.

Also, it can be suggested that legislation may promote liberty that is not “ordered”, by hierarchy.  Specifically one brings up relentless and ongoing laws to control the actions and lives of a majority of the public, along with laws that protect the interests and privileges of hierarchy.   If order is the intended result, authoritarian styles of governance while at the same time implying democracy is confusing and leads to chaos.  Consider the US foreign policy that has strayed far from the intentions of The Founders.

Ralph Nader raises a question as to American military actions.  This is a relevant topic.

https://mailchi.mp/nader/weaning-the-state-department-from-war-making-n3qzx56afy?e=cfd1bea9b5     –Our country’s founders established the State Department in 1789 to conduct diplomacy (plus consular duties). Its charter explicitly instructs its function to be peaceful relations with other nations.

We now have Secretary of State Antony Blinken who comes from the Hillary Clinton school of routine, unconstitutional and unlawful adventures overseas. He is ignoring the arms control treaties, especially with Russia, that have either expired, are about to expire, or are violated by both Russia and the US and other nations such as the Treaty on the Non-Proliferation of Nuclear Weapons (NPT).

US elections have become less than boringly ethical and what is one to make of edicts handed down from a Supreme Court for behavior of people, when a number of Justices lied to obtain power?  The same people under mandate from said Supreme Court seem obligated to fund the military incursions into foreign nations to ostensibly “protect American interests overseas” which may be the business committed by the same individuals or groups who are buying into public office via Citizens United, the politicians who nominate the Justices and make the laws.

Reality may not be the same as propaganda.  Some people believe the struggle between world oligarchs that manifest in military action are aside from the welfare of the world general public.  Media may be complicithttps://pressandsunbulletin-ny.newsmemory.com/?publink=724ca0813_1348556      –Those issues, which date back decades, had been largely pushed to the back burner in the immediate run-up to Russia’s invasion and during the first months of the conflict as the U.S. and its partners rallied to Ukraine’s defense.

But Zelenskyy’s weekend firings of his top prosecutor, intelligence chief and other senior officials have resurfaced those concerns and may have inadvertently given fresh attention to allegations of high-level corruption in Kyiv

A Ukrainian-born congresswoman who came to prominence early in the war recently broke that unofficial silence.

Rep. Victoria Spartz, a first-term Republican from Indiana, has made half a dozen visits to Ukraine since the war began. And she was invited to the White House in May and received a pen used by President Joe Biden to sign an aid package for Ukraine even after she angrily criticized Biden for not doing more to help.“We’re not here to please people,” she said. “It’s good to deliberate.”

Hours later, Spartz gave a Ukrainianlanguage interview broadcast on You-Tube in which she called again for the appointment of an independent prosecutor.–end of press info–

https://countercurrents.org/2022/07/white-house-confirms-plans-to-send-us-nato-jets-to-fight-russia/     –In what may be the most provocative escalation of the US-NATO war against Russia to date, the White House has confirmed that the US is planning to send NATO-made fighter jets to Ukraine.

Some people notice the much-vaunted globalism that has been the policy of the Republican/Democratic duopoly over decades can be a subterfuge of encouraging “American interests” to use resources of the US government to practice business outside of the purview of the US justice system.  This includes using foreign policy as a euphemism for partnership with characters of questionable ethics in foreign nations. This system permits US oligarchs to retain semblances of respectability while running questionable self-enriching practices in far-flung regions.

Governments that have not earned reputations as democratic or dependable, nonetheless are receiving billions of dollars that would better underwrite US national security if used within the borders of the USA.

Add to this the enrichment of US politicians along with their families, outside of the purview of the US justice system, and we may have a problem commiserate with systems of Banana Republics.

How corrupt is Ukrainian President Volodymyr Zelensky?—–The New York Post reported that Kholomoisky had a “controlling interest” in Burisma Holdings—the Ukrainian energy company which employed Hunter Biden as a board member for $50,000 per month. Russian media, quoted in State Department emails, referred to Burisma as “part of Kholomoisky’s financial empire.”

$2 Trillion for War Versus $100 Billion to Save the Planet.

It would seem that any notion of “ordered liberty” needs to begin with the US government.  It is nonsense to mandate governmental control over human rights and environmental rights when mandates are not expected from and imposed upon bureaucrats and politicians.  That is absolutely turning the system on its head and into dictatorship.

WITHDRAWS SUPPORT FROM FINAL PRESIDENTIAL DEBATE–end of lwv info–Murray Bookchin, who founded social ecology, a theory that strongly influenced early Green Socialist thought, strongly advocated the discussion and study group as the first step of any revolutionary movement. A group of individuals meets to expand their knowledge of radical thought and form a radical intellectual community; through the give and take of discussion, can eventually form ideas for next steps in organizing and political activity. According to Bookchin, study groups help create solidarity and a shared language — with a shared coherent vision — for building a mass, organizing, political movement!
Along with Climate Change, many people oppose the imperialism of the USA under control of the Republican/Democratic duopoly.  Use of the wealth of our nation should be to enhance quality of life for We The People rather than for imperialism.  Some people vote accordingly.