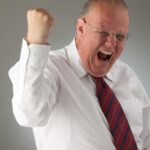 C-Span touched on several topics today, one being welfare as we know it.  Hierarchical rhetoric is taking on a tediously nonsensical tone, some people think.

9:16AM–clip run with Newt Gingrich in 1995 saying we need to end welfare as we know it.    (At the time, one recalls bringing up the anomaly of the FACT that it was Reagan who ended the Welfare-to-Work Program that trained individuals into employable viability while paying welfare.  That Gingrich attempted this Republican bait-and-switch is disingenuous.)

We could discuss the reason we avoid like the plaque the subject of support for worker-owned business in favor of a top-down business model that controls workers including their wages while supporting employers ostensibly for the good of the worker.https://www.c-span.org/video/?521950-4/washington-journal-edward-berkowitz-sanford-schram-discuss-1996-welfare-reform-law&live      — JULY 24, 2022 | PART OF WASHINGTON JOURNAL 07/24/2022

Mr. Martino in speaking of the issues that will motivate voters mentioned pocketbook issues, and insinuated that Choice isn’t one such motivator.  The charming naivete that Choice isn’t a pocketbook issue must be challenged.  It is inconsistent in an economic system that includes laws and policies that support the interests of hierarchy rather than women and children, to surmise that a drop in the price of gasoline will encourage a woman to carry to term, because she believes she can now raise the child in dignity.   Capitalism doesn’t afford space for human dignity.  That is a pocketbook issue.

B.J. Martino and Jim Manley Discuss Campaign 2022 and Political News of the Day

Laws protect hierarchy.  https://portside.org/2022-07-23/structuring-economy-give-money-rich-inflationary?utm_source=portside-general&utm_medium=email     –This is the reason Stryker’s agenda offers little real hope for the working class, regardless of how it polls. On the other hand, today’s inflation should show us very directly how attacking the policies that redistribute so much income upward would help the working class.

Citizens United is a Supreme Court decision that legalized without legitimizing corruption in elections.

Antifascists Mobilize To Defend Clinic From Threats Of Far-Right Violence

U.S. plans to send NATO-made jets to Ukraine to fight against Russia

Climate Change like Choice has been ignored by the Democratic/Republican duopoly as campaign topics and governing policy.

Climate Change is an existential threat.

Some people have ignored 3rd-Party genius and ideas due to the unfamiliar tone of genuine concepts, after the boredom of Democratic/Republican duopoly rhetoric.

« ORDERED LIBERTY
PLAYING BOTH SIDES TO THE MIDDLE »