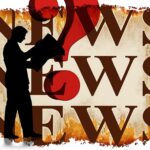 The US public has been hearing endless descriptions of life in our nation, and the exceptional supremacy over lives of other people around the globe.  In FACT, the rest of the globe is often so informed of US exceptionalism.  MSM that represents the D&R duopoly are the mouthpiece for this information.  But more and more we begin to hear alternative views that seem legitimate when we consider there must be more than one view.  Consider a few other perspectives…

Twitter Chaos Actually Revealed Capitalism For What It Is!

I am one of the most censored comedians in America. If you want to see my work continue, become a member at LeeCamp.Net and get exclusive content.—end of leecamp info–

Americans don’t get what we pay for——–https://www.visualcapitalist.com/cp/healthcare-spending-versus-life-expectancy-by-country/       —

Offloading climate responsibility on the victims of climate change

The following is a repeat of previous information that is simply too important to freedom and self-governance to fail to include again….

Question, if you wish, your Representatives of the People on the topic of isolation of the US public from benefits of globalism that have been especially legislated to benefit US oligarchs, while specifically burdening the genera public and especially small-business owners called sole proprietors of partnerships.

« SHELL GAME TRADE
SAYING WHAT YOU THINK….WHO DOES THAT? »