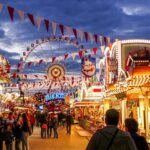 A reality-show President seems slowly to lose his polish to reality-show constituents.  If the Republican Party could regain the sense of humor that is grounded in self confidence, perhaps they would elect Liz Cheney as Speaker of The House.

https://www.aol.com/news/across-us-return-democratic-order-141636750.html      –WASHINGTON (AP) — There was no violence. Many candidates who denied the legitimacy of previous elections lost and quietly conceded. And few listened when former President Donald Trump tried to stoke baseless allegations of electoral fraud.

For a moment, at least, there’s a sense of normalcy in the U.S.–end of aol info–

But on to the topic of trade and human rights…..

https://indiancountrytoday.com/the-press-pool/biden-administration-denies-apache-religious-and-treaty-rights-in-new-oak-flat-ruling    —The Biden Administration’s Department of Justice (“DOJ”) filed papers in the U.S. 9th Circuit Court of Appeals yesterday evening trying to stop the traditional Apache from protecting their religious and treaty rights at Oak Flat in eastern Arizona.

On March 18, 2021, Apache Stronghold appealed to the 9th Circuit to stop the destruction of Oak Flat or Chi’chil Bildagoteel by foreign mining companies which violates both the Religious Freedom Restoration Act and the 1852 Treaty between the Apache and the U.S. government.–end of indiancountrytoday info–

https://indiancountrytoday.com/the-press-pool/china-seeks-to-loot-apache-sacred-place-for-chinas-own-uses      —This week the People’s Republic of China made claims again on the island of Taiwan, this time threatening force and scrambling jet fighters at the U.S. plane approaching Taiwan earlier today with U.S. Speaker of the House Nancy Pelosi aboard the U.S. passenger jet. Such hypocrisy by China, given that China continues to deny the sovereignty and international human rights of Apaches through China’s major ownership share in the Anglo Australian mining giant, Rio Tinto. And they all plan to destroy our sacred place, Chi’chil Biłdagoteel, which in English means: “Emory Oak extends on a Level”, or “Oak Flat.”

The Obama/Biden Administration was enthusiastic if not manic to “fast-track” the trade agreement called TPP that included language that prioritized the interests of multi-national corporations over interests of local communities.

Obama said that TPP would produce “winners and losers”.  Apparently US local communities would be among the losers.

The words are right, but consider the view on C-Span today, relating to China—-https://www.c-span.org/video/?524145-5/washington-journal-scott-kennedy-discusses-president-bidens-meeting-today-chinas-president   –NOVEMBER 14, 2022  | PART OF WASHINGTON JOURNAL 11/14/2022

9:47AM–paraphrase–from Scott Kennedy–China is a surveillance state with cameras everywhere one travels.

This seems probable on the topic of surveillance but not different from the USA.  Yet to express this probability as though the same isn’t true of the USA is a type of propaganda that has been used so relentlessly as to go unnoticed by many of the public.

….what they do, not what they say……or alternatively, correctly hear and interpret what is said…..