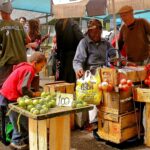 Breathtaking is any presumption that attack on nature can be perpetrated without an accompanying attack on humanity.  This is emblematic of hierarchical Establishment indoctrination that has urged humanity to identify with corporations rather than nature.

https://mronline.org/2022/11/12/the-attack-on-nature-is-putting-humanity-at-risk-the-forty-fifth-newsletter-2022/?utm_source=rss&utm_medium=rss&utm_campaign=the-attack-on-nature-is-putting-humanity-at-risk-the-forty-fifth-newsletter-2022&mc_cid=58d9bf966b&mc_eid=2833cdb99b    –Today, humanity is at risk because of senseless social inequality, attacks on the environment, and an unsustainable consumption pattern in rich countries that is imposed on us by capitalism and its profit-seeking mentality.

Good grief, humanity has gone so far down the rabbit hole of identification with artificial legislatively-constructed entities as to have let go unmentioned, a statement from Jared Kushner (paraphrase) that US citizens were customers of the government.

https://www.romper.com/p/jared-kushner-thinks-american-citizens-are-customers-heres-why-thats-a-big-problem-47130   –According to The Washington Post, Trump has placed Jared Kushner in charge of the newly-created White House Office of American Innovation, which will work with private companies to improve the country. In an interview Sunday, Kushner told The Washington Post that he thought “the government should be run like a great American company,” and should “achieve successes and efficiencies for our customers, who are the citizens.” But while that might sound impressive, the fact that Jared Kushner thinks American citizens are customers is actually pretty problematic.

And while Kushner might think it’s complementary to consider citizens to be the country’s customers — implying that meeting their needs is the priority — he seems to be forgetting that, in a democracy, citizens are actually supposed to be the owners.–end of romper info–

Some people view ownership as a hierarchical concept, anyway, and out of sync with a democratic (small d) Constitutional republic.

This feels like a perverted interpretation considering human rights and environmental rights.

These are reasons that indoctrination of the US public that capitalism is democracy and free markets, needs to be discussed, made clear to a somnolent public, and explained by bureaucrats who have justified the Trump tariff by calling it a geopolitical advantage without specifying the beneficiary, who may be the ‘splainer.  Recently many of the ‘splainers and lawmakers are also the retailers and profiteers.

Add to this a predatory health care system that profits from disease rather than wellness, and that we don’t have a 1-payer comprehensive public health care system seems nearly criminal, considering the direct impact on the health of people in the USA.  This style of health care providing is inefficient, selective, and expensive due to middlemen.

Some people support a socialism that is most nearly a free market when it is unencumbered by communist or capitalist control or hierarchy.

https://www.youtube.com/watch?v=juhct3Z1348   –Streamed live 20 hours agoThis week Howie will talk about the 2022 Midterm Elections and what they mean for the Green Socialist movement, current events, and take viewer questions.

Howie Hawkins speaks once again about ranked-choice voting that may be the single biggest step toward fair and free elections outside of the tentacles of Democratic/Republican duopoly control.

On the topic of free markets and inflation, those who were paying attention could see corporate actions that set the stage for predatory assault on consumers and the current inflation, long before they became reality.  Politicians ignored questions in compliance, one must assume, with their big-money campaign donors.  Politicians were surely not acting in the interests of the public.

One example among many, is keeping artificially low, interest rates, in order to drive the savings of people into the riskier stock market (AKA corporations), rather than into interest-bearing accounts.  With respectable interest rates in safer savings accounts, money could be placed in, for example, credit unions that lend to sole proprietors who are typically local, and so grow a local healthy economy.

We need to be aware of these boring realities more than we are interested in the excitement-generating corporate ads to purchase their products.  We are too easily distracted by shiny objects.