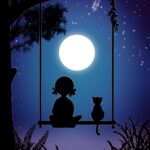 Thanks to Remaloeb for keeping this important topic in the forefront  — https://www.facebook.com/rema.loeb/posts/pfbid02EAXy8gq5AECxdWtYUughWmxRiDSKkPUeHELPKpoiFZWJ2HJGoArZvn4HXNSvdTBGl           —PETITION  —

One wonders how many people see nature as sacred, and have been indoctrinated into silence by Establishment.—-

Hundreds of Indigenous sacred sites across the country — places of Indigenous foods, medicines, ceremony, burial sites, and creation stories — have been threatened and desecrated by the climate crisis and by harmful development projects like pipelines, mining activities, and resource extraction.

All without the consent of Tribal communities who have traditional and spiritual connections to the land — and in violation of federal treaties.–end of nativesacredspaces info and PETITION—–

A reason history in FACT is important is explained in the phrase that those who ignore history repeat history.  Consider 3 examples—-

Example 1–https://history.hanover.edu/texts/mm.html  –Burr’s note: [Page 10]Even when armed with the papal bull, the German Inquisitors found their preparation incomplete. Soon after their return from Rome they set themselves at the compilation of a hand-book which should leave no judge an excuse for laxity on exposition of witchcraft and a code of procedure for the detection and pun-ishment of witches. This, completed in 1486, they called Malleus Maleficarum, “The Witch~Hammer.” As a specimen may serve a part of its [sic]. [Page 11] Directions for the Torture of a Witch. Malleus Maleficarum, pars iii, quaestio 14. Latin. Editions are many. :

Example 2–http://ili.nativeweb.org/sdrm_art.html                     –When Christopher Columbus first set foot on the white sands of Guanahani island, he performed a ceremony to “take possession” of the land for the king and queen of Spain, acting under the international laws of Western Christendom. Although the story of Columbus’ “discovery” has taken on mythological proportions in most of the Western world, few people are aware that his act of “possession” was based on a religious doctrine now known in history as the Doctrine of Discovery. Even fewer people realize that today – five centuries later – the United States government still uses this archaic Judeo-Christian doctrine to deny the rights of Native American Indians.–end of nativeweb info--(https://twitter.com/AmericanIndian8/status/1591185246669737984      –The language they were forbidden to speak saved the United States

We can each celebrate who we are—–

https://twitter.com/Urban_Priestess/status/1591164590058246144   –Friday is sacred to Venus/Aphrodite – Goddess of love and beauty. Sending out some love to you all. May you be blessed with beauty in your life

A reason one continues to speak of Establishment patriarchy and use of women as the problem is that this stance assumes that women’s rights are not human rights, which seems to be a perspective of misogyny.  Established institutionalized religion has been used to reinforce and ‘splain this odd view, that then is expanded to other people who don’t comply with……one won’t say white supremacy……let’s call it patriarchal Establishment for the sake of conversation.  At the bottom, it is about money and power, and Citizens United seems to be the tipping point back toward Medieval darkness.

https://mailchi.mp/nader/midterm-elections-too-close-dems-need-to-dump-corporate-conflicted-consultants-w778xvtcr4?e=cfd1bea9b5  –What is known is that the Red Wave predicted by pollsters and trumpeted by the New York Times and other media almost daily did not materialize. If there was any wave, it was a blue one, victorious for direct democracy ballot measures raising the minimum wage in Nebraska, Nevada and Washington, DC. Even in GOP-ruled South Dakota, voters overwhelmingly approved Medicaid expansion via a constitutional amendment.

Speaking again about the Fox talking head who suggested unmarried women voted for Democrats, perhaps so did young men along with young women.  One is thrilled to see a new generation of citizens involved in our democracy.  This will strengthen our Constitutional republic with Representatives of The People who genuinely do so.

If we can protect the inspiration for the US Constitution, perhaps the rest of us have a chance—–

–end of lakotalaw info through the help of Rema Loeb…..thanks, Rema—–

https://www.history.com/news/iroquois-confederacy-influence-us-constitution#:~:text=In%20around%201722%2C%20the%20Tuscarora,’%20thinking%2C%20says%20Donald%20A.   –The Iroquois Confederacy was in no way an exact model for the U.S. Constitution. However, it provided something that Locke and Montesquieu couldn’t: a real-life example of some of the political concepts the framers were interested in adopting in the U.S.

Honor veterans and military personnel by peace  — https://www.veteransforpeace.org/take-action/armistice-day?emci=9ef0650f-0a61-ed11-ade6-14cb6534a651&emdi=ecfe83cf-e361-ed11-ade6-14cb651ee1db&ceid=10527506               –Over one hundred years ago the world celebrated peace as a universal principle. The first World War had just ended and nations mourning their dead collectively called for an end to all wars.  Armistice Day was born and was designated as “a day to be dedicated to the cause of world peace and to be thereafter celebrated.”

After World War II, the U.S. Congress decided to rebrand November 11 as Veterans Day. Honoring the warrior quickly morphed into honoring the military and glorifying war.

A caller ‘spalined that Germany and Russia invaded together, Poland in 1939.  As many people understand WWII, Germany and Russia were directly opposite each other as enemies, with Russia fighting alongside the USA and UK.  George Beebe let this view stand, which feels like an abject rewriting of history that seems to be the foreign policy for the USA.

Read your history again to remember that Russia fought against Nazi Germany in WWII, and lost more souls than most other nations combined.