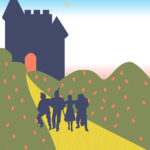 One is under informed about the details of the following story about Brazil to analyze the contents.  But where one finds symptoms it is logical to look for a disease.  We know democracy is diminishing at an alarming rate around the globe ad most markedly in the supposed bastion of democracy called the USA.  Hierarchy are gaining wealth at the expense of the majority of humanity and this is explained by “running government like a business”.   Climate Change is too obvious to be denied by any other than the most dedicated environmental exploiters.  Climate Change is a price paid by Earth and humanity to promote hierarchical Establishment financial interests.

So while one isn’t directly informed about the FACTS as laid out in the following link, and having watched MSM work its part in hierarchical Establishment propaganda spread, the story makes sense.https://popularresistance.org/pbs-and-bbc-team-up-to-misinform-about-brazils-bolsonaro/    –Because of this history, and because Brazil is a hard country to explain concisely, I was weary to learn that the British and US state-affiliated media outlets BBC and PBS had co-released a documentary about Jair Bolsonaro only a few weeks before this year’s Brazilian presidential election (10/2–30/22). It didn’t fail to disappoint.

So what else goes on behind the scenes about which MSM is careful to avoid?  A cynical perspective about the avoided railroad strike comes to mind.  This agreement is between industry, union leaders, and the government that is reported to have left unfilled the demands of many railroad workers.  A railroad-worker strike is reported as having catastrophic impact on inflation.

Coincidentally in August news report revealed a commensurately fair social security COLA to the exorbitant inflation rate.  However predictions have been modified as “inflation has come down”.  A railroad strike would have ostensibly ensured a continued rise in inflation.  And so this was averted during meetings between industry, union leaders, and government to avoid a strike without actually addressing railroad workers concerns.

This would be a good time to reiterate the FACT that inflation seemed to begin when the Trump tariff was enacted.   The Trump tariff coincided with the Trump tax cut for the wealthy, effectively paying for this transfer of wealth to the wealthy.  A tariff placed on foreign products when Establishment forced American manufacturing overseas for the benefit of commercial interests, makes enactment of a tariff on products that can originate from nowhere other than foreign nations, seems like a direct and nasty tax on he US public.

While not party to organizing the Wednesday actions, Railroad Workers United (RWU) supports these types of efforts and encourages all rail workers to take part in the events at rail terminals where planned. According to RWU General Secretary Jason Doering, “Neither the unions nor RWU is officially sponsoring this day of action. It appears to be part of a spontaneous uprising of working railroaders around the country who wish to voice their discontent with the treatment they received from the Class One rail carriers.”–end of myemail info–

Feelings about unions are tepid by some people who have considered the relationship between union leaders, government, and industry, in contrast to relationship to workers.  This is a reason some people have wondered about the efficacy of such business models as worker-owned companies.  Yet little to nothing are investigated about such models from MSM.

And so most people can only imagine about what goes on behind the curtain.  Media controlled by an industry/governmental presentation seems unconcerned with such research.

Railroad CEOs were paid over $200 million as workers suffered

In a nation known for separation of church and state, sometimes it doesn’t feel that way—-

https://wildhunt.org/2022/09/banned-books-include-regular-list-of-witchcraft-titles.html    –However, the banning of books that discuss minority religions and spiritual practices or generally “the Occult” are on the list as well. Of the books challenged in the study period, 64 titles (4%) include characters and stories that reflect religious minorities, such as Jewish, Muslim and other faith traditions.

One trusts the famous Indigenous care of tradition and nature is incorporated into this success story.—-

Another reason I love NYS— The Oneida Indian Nation recently announced two of its largest financial reinvestments in two decades with multi-year projects that will include a 65,000-square-foot community and cultural center complex in the Oneida Neighborhoods as well as an expansion at Turning Stone Resort Casino that will continue the growth of tourism within the region, generate millions of dollars in spending with local businesses, and create hundreds of new jobs.