CAPITALISM AND YOUR DOG 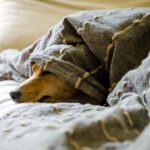 Reference to capitalism when one could as well have used the label tyranny is based on a society that is obsessed with money as a measure of normal.

https://ourfinancialsecurity.org/2022/07/blog-antitrust-authorities-turn-focus-to-private-equity-role-in-monopolies/       –In April, Americans for Financial Reform called on the Department of Justice and the Federal Trade Commission to draft new guidelines for reviewing mergers that take into account the role of private equity in corporate concentration. It’s a relatively recent development, during the last decade or so, but is now a systemic problem that cannot be ignored, AFR argued in a joint letter with United for Respect and the Center for Economic and Policy Research.

With private equity using this strategy in everything from nursing homes to for-profit prison contractors, there’s so many more industries that the government needs to police. We can’t let the momentum of this huge achievement stop with veterinary clinics.

A personal anecdote on the topic of harm to consumers follows——A move 60 miles away from a privately-owned veterinary service resulted in use of a veterinary office transitioning from being privately owned to being owned by a conglomerate.  I was informed that the cost for services, some as high as 4 times the original amount when I first accessed care, was unavoidable because “all of the veterinary offices” were monopolized.  Consequently I’m driving pets 60 miles to access care by the original privately-owned veterinary service.

One also hears horror stories about family pets taken to shelters because the expense for care has become too high.  I had contacted my representative for help in this diabolical situation that feels like monopoly or price gouging or both, and his reply (heavily paraphrased) was sucks to be you.  Apparently Citizens United permitted campaign donations are working their charm.

The story about pet care is not limited to one, is not normal, can be legislated properly, and impacts the health of families.

Another horror is the war in Ukraine.  Presumption of US military presenting in foreign nations seems to be the cause of open aggression and violence.  In Ireland the same presumption calls out citizen activists with an interest in maintaining sovereignty along with respect for their Constitution.  —  https://popularresistance.org/the-roar-of-a-us-warplane-over-a-civilian-irish-airport/  –According to a report from Shannonwatch titled “Shannon Airport and 21st Century War,” the use of the airport as a US forward operating base began in 2002-2003, and this transformation “was, and still is, deeply offensive to the majority of Irish people.”

Article 29 of the Irish Constitution of 1937 sets in place the framework for the country’s neutrality. Allowing a foreign military to use Irish soil violates Article 2 of the Hague Convention of 1907, to which Ireland is a signatory.

Consider use of a racist and sexist slur to name land stolen from those so offended.  To so consider may be to shine light into the corners of patriarchy.

https://popularresistance.org/doi-removes-native-american-slur-from-650-locations-across-the-country/    –Federal officials have renamed nearly 650 sites across the country as part of an initiative to remove the ethnic slur “sq__” from federal lands.

“The Myth of Normal”: Dr. Gabor Maté on Trauma, Illness and Healing in a Toxic Culture

We can imagine and build a different reality.  One has recently heard about people separated from reality.  Which reality would that be?