THE SENSE OF THE COMMON 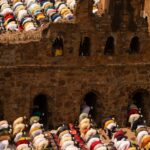 As hierarchical Establishment pose as arbiters of life on Earth, and perhaps beyond, local common community go about the business of reality.  The longer the fantasy land of hierarchical Establishment is imposed upon the public (indoctrination), the longer will take actualization of life was will comply with sanity.  A growing cadre of local-community members are working toward the goal of integrity.

Assessing what is community and how important is interest in local health—
https://www.wbng.com/2021/11/18/talk-with-experts-behind-new-documentary-uninvited-spread-invasive-species/   –This new documentary takes a deep dive into how invasive species are impacting the everyday lives of New Yorkers and what is being done about it. Most importantly it helps educate the public about the thread of invasive species.“One of our biggest partners in all of this is the general public…We need eyes and boots on the ground. We cannot just be everywhere, even with the partners that (NYSDEC) have. So having an educated public on these matters is very important” Rob Davies, a State Forester told 12 News.–end of wbng info–

Profits is a reason to be skeptical in our Pyramid economy.  Unless blind compliance is required, apt questions can be considered—-https://www.facebook.com/billhuston/posts/10225256602978809

The so-called work of so-called Representatives is a reason to be skeptical  —  https://www.youtube.com/watch?v=mtu7YktQZy4        —  Every 10 years, congressional district maps are redrawn based on the new census data on the population. This process, known as redistricting, is taking place across the country right now. This episode of LET’S CONNECT draws a line from the beginnings of redistricting in this country, following different attempts by Congress and the courts to regulate the process, and connects this history to how Supreme Court decisions have and are having an effect on redistricting today. Gerrymandering to the Supreme Court | LET’S CONNECT–end of aclu info–
When ongoing so-called efforts by leaders are not making life better and seem instead to worsen quality of life, leaders who can work toward good governance by complying with principles of the US Constitution can be considered  —  https://veteransforpeace.salsalabs.org/eblast211119?wvpId=f6a93b7e-671f-415a-9230-16ff5ce87934 —

VFP Statement on Results of COP26

If COP26 is the “last best hope for the world” as Climate Envoy John Kerry stated, the USA is largely responsible for the failure to achieve that “hope.” President Biden says the USA is “… leading by the power of our example”. The Veterans For Peace Climate Crisis & Militarism Project (CCMP) believes that the USA’s poor “example” led to the half-measures achieved at COP26.–end of vfp info–

The US Constitution seems to be a tool for public action in democracy.  The US Constitution doesn’t seem to imply authoritarianism or rule by hierarchy.  But to be successful those with the ability to act democratically. who are We The People, can do so.  As said a decade ago, governments don’t do democracy, people do democracy  —  https://neweconomy.net/2021members/?link_id=7&can_id=193d62b237484a25dee2367907a4dd04&source=email-youre-invited-creative-wildfire-artist-showcase-on-nov-9-2&email_referrer=email_1360964&email_subject=our-network-is-growing-_-welcome-new-nec-members-and-board   –NEC exists to support a just transition from an extractive to a regenerative economy by building the scale and power of the solidarity economy movement in Black, Indigenous, and working class communities in every region of the United States.–end of neweconomy info–

Is There a Common Solution to Our Planetary and Health Woes?

Trust is Hard to Find at the U.N. Climate Summit

https://popularresistance.org/whitney-webb-discusses-global-elites-takeover-of-nature/   –As world leaders, celebrities, business moguls and activists alike descended on Scotland for the COP26 climate summit, behind the scenes powerful financial groups were and are attempting to rewrite the rules of international trade and to privatize nature under the guise of sustainability.–end of popularresistance info–Consider monetization of nature as has been the FACT with humanity—–Monitization (sic) of both people and environment for profit is precisely implicit in capitalism.  Is this truly what you want for your family?  –https://popularresistance.org/wall-streets-latest-scheme-is-monetizing-nature-itself/      –[E]ven the creators of NACs admit that the ultimate goal is to extract near-infinite profits from the natural processes they seek to quantify and then monetize….Framed with the lofty talk of “sustainability” and “conservation”, media reports on the move in outlets like Fortune couldn’t avoid noting that NACs open the doors to “a new form of sustainable investment” which “has enthralled the likes of BlackRock CEO Larry Fink over the past several years even though there remain big, unanswered questions about it.”Webb cites researcher and journalist Cory Morningstar, who maintains that one of the aims of creating “Nature’s Economy” and packaging it via NACs is to drastically advance massive land grab efforts made by Wall Street and the oligarch class in recent years, including those made by Wall Street firms and billionaires like Bill Gates during the COVID crisis. The land grabs facilitated through the development of NACs, however, will largely target indigenous communities in the developing world.–end of popularresistance info–

NACs seem to be the modern version of the Discovery Doctrine  –http://ili.nativeweb.org/sdrm_art.html              –When Christopher Columbus first set foot on the white sands of Guanahani island, he performed a ceremony to “take possession” of the land for the king and queen of Spain, acting under the international laws of Western Christendom. Although the story of Columbus’ “discovery” has taken on mythological proportions in most of the Western world, few people are aware that his act of “possession” was based on a religious doctrine now known in history as the Doctrine of Discovery. Even fewer people realize that today – five centuries later – the United States government still uses this archaic Judeo-Christian doctrine to deny the rights of Native American Indians.–end of discovery doctrine info–
As capitalism shows serious and growing failure, political Parties outside of the Republican/Democratic duopoly step in with ideas that concur more closely with principles of a democratic (small d) Constitutional republic  —  https://mailchi.mp/39c47b2cf81c/green-party-of-st-louis-meeting-wed-april-19-2017-recent-and-future-elections-4977173?e=d624642c9f                –Herbicides and pesticides are now used throughout corporate farming.  Toxicglobal agriculture has horrible health and environmental effects.  It is necessary
to transform this failed system of food production into one that is regenerative,
sustainable and non-exploitative.  Climate is an essential component of
relationships between plants, animals and the rest of the living world.  With
India’s ecologies in tatters, it is urgent to work on species’ restoration and
rehabilitation.  Urban farming in the St. Louis area shows the possibility of
decolonizing agriculture while challenging white privilege.–end of greengateway info–
https://www.youtube.com/watch?v=kQ_h7sQ5NN4   —  “Have They LOST THEIR MINDS?!” Elites’ New Dystopian Plan
We have much work to do.

« THEATER OF CAPITALISM
FREEDOM WITHOUT RESPONSIBILITY IS LAWLESSNESS »