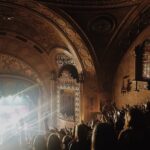 Did anyone seriously expect good governance for We The People from either branch of the Republican/Democratic duopoly (American Capitalist Party)?    If so, denial is evident as has been the ire directed to those who remind wokesters that to go hat-in-hand to big-money campaign donors to beg voting rights from those responsible for putting in place the deleterious electoral process to begin with.  But what about the MSM that encouraged said delusion?  Indoctrination into capitalism seems the reason for said naivete.

https://moguldom.com/382036/rev-william-barber-ii-democrats-focus-too-much-on-winning-next-election-not-lifting-people-up/?utm_source=moengage&utm_medium=push&utm_campaign=subscribed     –Outspoken community activist Rev. Dr. William J. Barber II thinks the Democrats’ current focus is misplaced. The party leadership, he claims, is so worried about winning and staying in power that they are forgetting the people who put them there. He says the party should be lifting people up.–end of moguldom info–
C-Span featured Representative Jason Smith-R-Missouri–10:30AM–(paraphrase)–criticized the Build Back Better Bill as being inflationary.  He suggested the bulk of funding will go to the wealthy.
Rep. Smith said this with a straight face when one recalls the absurd Trump wealth transfer to the 1% during his Administration.  However, that doesn’t mean the Democrats aren’t doing the same thing under guise of helping working people.
Until we challenge capitalism as “our system”, which it is not, we will continue to be deluded.  Inflation is a function of retail markets.  Free market principles would control inflation, but capitalism is about hierarchical control, not free market principles.
Small businesses functioning in a free market would promote control of inflation.  Capitalism is hierarchical, buys US politicians into office via Citizens United, control prices and inflict monopoly, with laws permitting this due to sycophancy from “Representatives of The People”.  A response from a functioning government to inflation would be increase of interest on saving accounts for the public.  So far, this isn’t happening.  Low savings-account interest rates forces family savings out of safety and into the stock market that funds corporate businesses, and surely doesn’t fund local small business.  The stock market is doing well byway of legislation and policy that reflects hierarchical capitalism rather than free market principles.  The Democratic/Republican duopoly (American Capitalist Party) seem to play good-cop-bad-cop to promote this inflationary system.
As they say, some people know the price of everything and the value of nothing.  Some people are not afraid of considering a change.  We could define progress in terms of good health, peace, and equality rather than a definition of progress in terms of greed, privilege,  and exploitation.  Material frenzy and status could be replaced with simplicity and quality.  We could challenge the position of the middleman that plays such a role in inflation.
https://socialistproject.ca/2021/11/path-to-a-livable-future/#more      –His alternative to a massive increase in AltE is simple and obvious: produce a lot less unnecessary stuff. Within this simple truism, issues of complexity rise to the fore.Cox continues the tradition of those who realize that increasing complexity leads to an increase in breakdown. More complex systems require more energy to construct, require more energy to function, and are more difficult to fix. Gadgets with 2000 parts are easier to break and harder to repair than are those with 20 parts. Authors such as Joseph Tainter and Richard Heinberg have applied this idea to human systems, explaining that as societies evolve toward more complexity, they require more social energy to maintain interpersonal connections and are more prone to collapse.–end of socialistproject info–
https://www.youtube.com/watch?v=goZKMDJcWFs       –Err… She Did WHAT?!! This Is MESSED UP!!
To mention that capitalism thrives on inflation seems logical.  One includes again a local-community phenomenon that could be addressed by lawmakers, if good governance prevailed.—This is similar to protection of capitalism by using the excuse of free markets that are not the same concept—As shared within the last week or so—-It isn’t a surprise that we ignore the probable origins of our US Constitution as we disrespect its principles in favor of the hierarchical authority of capitalism, so to ignore the genocide against the people who probably inspired the US Constitution is predictable.
Capitalists have captured a concept that they are free market entities that doesn’t seem FACTual.  A local anecdote is worth sharing.  My experience over 50 years of interaction with local privately owned veterinarian services has suddenly been replaced with what I have been told by the veterinary staff is a corporate-owned business with the corporation having bought up all of the veterinary businesses in our region.  As an example, a routine procedure for one of my dogs that he needs every 6 weeks or so, began with a fee of $10 when the veterinary office was privately owned.  After the corporate takeover the fee increased first to $20.00, then to $21.00, and most recently to $40.00.  The procedure takes about 7 seconds to do with no equipment necessary.  When I asked about the impressive charge and said I thought it was predatory, the staff member of the veterinary office said that while it may be predatory, I would find no lower price due to the corporate takeover of most veterinary offices.
I’ve contacted Broome County Humane Society, Chenango County Humane Society, the Press & Sun Bulletin, Joe Angelino, Claudia Tenney, Donna Lupardo, and Letitia James, with a solution of enabling to the public, veterinary services through Humane Societies or rescue-dog facilities, with the inordinate and predatory fees going to these organization where pets whose families cannot afford services, will be dumped.  If we are to be exploited, the extraordinary fees would better go to support dumped family pets than to a corporation that may be responsible for the situation.
I’ve heard nothing in response.  This should be a situation to which many people can relate.——–end of previous info—–Update—Yesterday I heard from NYS Assembly Member Joe Angelino, the only person to respond so far.  He is aware of large companies buying out local veterinarian offices, and advises a continued search for a small establishment (my paraphrase).  The topic of fixed pricing and monopolies didn’t seem to phase Mr. Angelino.  I’m grateful for a reply, even one that feels like a brush off.  This seems to be more in the wheelhouse of an AG, but Letitia James is probably busy with her own interests that may not include the family pets of families of NYS:  Or fixed pricing and/or monopolies for that matter.—-end of info about expanding capitalistic control of pricing—-

The Democratic/Republican duopoly politicians frighten the public about inflation at the same time they propose laws and policy to support inflation.
The American Capitalist Party cloaks funding for the 1% in terms of helping the middle class.  Actual strengthening of local communities doesn’t happen in our Trickle Down Theory economy.  We need actual and direct support to local-community strength.  Received from Beetcoin—–https://beetcoin.org/?goal=0_e9ca84a3ec-e0b263dd2d-81187573&mc_cid=e0b263dd2d&mc_eid=a6bfff80b0  —

Bringing money back down to earth.

Beetcoin is how we do it. Grassroots donations from across the land flowing to local groups that make 0% loans to organic farms and local food businesses.–end of beetcoin info–

Another reason I love NYS is the people.  State-influenced-corporate-owned MSM seemed to put in place a news blackout a decade ago when the Southern Tier of NYS was ground zero of the anti-fracking advocacy that resulted in the NYS fracking ban.  Even many locals were ignorant of the level of effort from so many anti-fracking advocates who, as one radio host commented, “could teach classes in fracking”.  And for anyone miffed that they didn’t receive an embossed invitation to join environmentalist advocacy, please be warned you probably wouldn’t have enjoyed the dedicated, cantankerous, supremely transparent interaction from this focused group of concerned citizens.  The time and place certainly wasn’t for the faint of heart—–https://www.facebook.com/billhuston/posts/10225247460230246        –Playlist of my videos documenting the entire history of fighting fracking in New York. I look at this, and can hardly believe I did all this. –end of facebook post–
Received from popularresistance i—  https://mailchi.mp/popularresistance/9gfxsc22l0?e=1b0a9c0541             —

Developing Countries Fume Over US Pressure To Alter Climate Finance

We aren’t being real if consideration about Climate Change is based on the economy rather than life on Earth.
We would need to be dull to overlook a connection between Citizens United and politicians who passed the laws transferring wealth from the 100% to the 1%–https://portside.org/2021-11-17/moral-policy-good-economics       –This inequality in the United States did not happen suddenly and cannot be explained as the consequence of individual failures; rather, decades of public policies brought us to this point, making the rich richer at the expense of everybody else. When we fail to meet basic needs for food, housing, and health care for everyone, when we fail to invest in education, safe communities, and fair elections, the health and well-being of our entire nation is compromised.–end of portside info–
Received from commondreams info–https://www.commondreams.org/news/2021/11/17/285-billion-tax-cut-rich-now-2nd-most-expensive-piece-build-back-better?utm_term=AO&utm_campaign=Daily%20Newsletter&utm_content=email&utm_source=Daily%20Newsletter&utm_medium=Email           –A $285 billion tax cut that would predominantly flow to rich households is now the second most expensive component of the Build Back Better Act after corporate Democrats succeeded in slashing funding for a number of key progressive priorities—and removing other programs entirely.–end of commondreams info–
Bernie Sanders was silenced by the Democratic Establishment politicians during the 2020 Presidential election campaign.  The support from the public for Sanders was impressive, too much so for The Capitalist Party.  Capitalists continue to disrespect voices other than those supporting capitalism.  This type of propaganda can be challenged—–PETITION——Sign if you wish———https://act.demandprogress.org/sign/billionaire-tax/?t=3&referring_akid=28622.2565437.2ok6fX     –At the beginning of the pandemic, Elon Musk was worth $25 billion.1 Now he’s worth nearly $300 billion — but is waging a Twitter war with Bernie Sanders to avoid higher taxes. After Bernie tweeted “We must demand that the extremely wealthy pay their fair share. Period,” Musk spent the weekend responding by attacking Sanders for his age and for his refusal to respond to Musk’s baiting tweets.2 This came just after Musk targeted Democratic Senator Ron Wyden for his support of a billionaires’ tax, which Sanders, most Congressional Democrats, and huge majorities of the American people strongly support–end of demandprogress info–

« FEAR OF CHANGE
THE SENSE OF THE COMMON »