DIVERSITY BEYOND BLACK AND WHITE 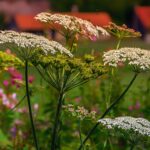 We must understand the depravity of health of species that must be suggested by a 70% decrease in wild animals since 1970.  Diversity is precisely that which maintains the best possibility for health in animals and plants, and unencumbered by interference by humanity, which is the definition of wild, seems to suggest support from natural sources such as, for example, The Creator in any way one imagines She/It/He/Cause-And-Effect.

https://countercurrents.org/2022/10/a-fast-emptying-ark-the-world-grows-quieter-by-the-day/?swcfpc=1    –A vast new study finds there are 70 percent fewer wild animals sharing the earth with us than there were in 1970. Read that again. And again.

But in the decades ahead the report makes clear that climate change will be the main driver of what they call, in a technically precise but emotionally vacant phrase, “biodiversity loss.”

In the same acts of self-interest by hierarchical Establishment, this time the D&R Duopoly, expulsion of 3rd Party candidates in order to provide guarantees for Establishment candidates, seems also a definition of depravity.

This is a reason that in the NYS governors race, many people will write in Howie Hawkins and Gloria Mattera.

After securing ballot access in 2018, the Greens, along with the Independence, Serve America Movement, and Libertarian parties, all lost their ballot access after failing to secure enough statewide votes in the 2020 presidential election. Larry Sharpe, the 2018 Libertarian gubernatorial nominee, is also waging a write-in gubernatorial campaign in 2022.

With the difficult stage set, Hawkins is making electoral reform part of his campaign platform. Hawkins is pushing for New York to adopt ranked choice voting in the state.

Despite efforts by the New York State Democratic Party and their functionaries to silence us, we have broken through to the media with this campaign’s message of Inclusive Democracy, a Green New Deal, and an Economic Bill of Rights. We ask that you share this important news coverage to your community, families and allies:

Moms Across America Has Tested Public School Lunches for Toxicity and Nutritional Value, and the News is Not Good.

From lakotalaw   —-      Today, I write to you about something that’s both important and fun. As we reach the end of a week that began with Indigenous Peoples’ Day, I’m going to expand on the message you received from Chase Iron Eyes, who wrote to you a few days ago about the importance of Native representation. Chase spoke about political representation — in the voting booth and in the halls of power — highlighting two Indigenous women looking to make change as congresswomen this autumn. As critical as that is, it’s also important that our people see more of ourselves throughout the media, that Native concerns and viewpoints be recognized and honored in the larger culture.

If you’ve read my prior newsletters, you’re aware that my mom — Lakota Law Standing Rock organizer Phyllis Young — and I were both featured in the documentary “End of the Line: The Women of Standing Rock.” A few weeks back, we joined director Shannon Kring as part of the team in New York City for the Emmy Awards, where this heartfelt film about the woman-led resistance against the Dakota Access pipeline (DAPL) had been nominated for Outstanding Social Issue Documentary. I wish I could say we won! I can, at least, say that the nomination was an important piece of recognition for our NoDAPL movement and for our people.

This movement isn’t going away. As Lakota women leaders, we mean to keep fighting for environmental justice. I still hope, with all my being, that Standing Rock wins in the end, DAPL is decommissioned, and the Black Snake is uprooted from the ground in our homelands. Our water must be protected, and our knowledge must be respected.

I’ll also say that the chances of that and other beneficial outcomes for our people only increase as the larger society becomes more aware of our concerns and worldview. On that note, I see progress thanks to a dramatic increase in positive Indigenous representation in the media over the past couple years. Native creatives — filmmakers, writers, producers, performers — are making a bigger and bigger impact. And it’s not just documentaries about the struggle, either. Shows like Reservation Dogs, Rutherford Falls, and Dark Winds are bringing more awareness to Indigenous issues and perspectives, even popularizing Native slang!

On the spectrum of what’s important, that may not seem like a lot. It isn’t as critical as ending DAPL, protecting the Indian Child Welfare Act, or halting the epidemic of Missing and Murdered Indigenous People. But it is part of the puzzle. It’s healthy for our children to see faces and lives like theirs portrayed in a positive light on television. It’s progress that we got recognized for our documentary. So I hope you’ll stay by our side, and help us build on the momentum we have in both the movement and the culture. More good things are ahead of us. Stoodis!

American Officials Are Trying To Change The Definition Of Antisemitism

Response To Biden’s Proclamation On Indigenous Peoples’ Day, 2022—-‘We are our own Nation with an International Treaty with your nation, the United States. The 1894 Sioux Nation Treaty Council was established long before the 1935 U. S. Indian Reorganization Act which established tribal governments. We are not a tribe. We are a Nation.

To hear voices other than that of Establishment may remind that language is important, and the presumptions in speech such as one hears from, for example, Biden and Trump, may or may not allude to FACTS, but rather to self-interested propaganda.

One notices a gabble of predominantly white men (this time John Gizzi)  pontificating at the public that while the topic of Choice may galvanize voters, the majority of voters are concerned with “the economy”.  A thoughtful individual will understand that Choice is profoundly relevant to the health, safety, welfare, and function of a family that is the business of said family and that especially in the exploiting system of capitalism, pertains to at least a large part, economics.

Also, in Biden’s little speech there, he forgot to mention that he “was a chief architect of the deadly, costly Drug War.”

We wouldn’t even be in this situation—where America is the largest prison state in the world—if it hadn’t been for Joe Biden and his insane quest to lock up as many black and brown people as possible!

« SELF DETERMINATION
FREE PRESS IN THE BALANCE »