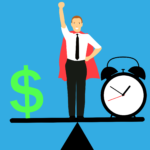 Everyone gets to decide for themselves if activities filling their day have meaning.  This is an interesting topic and possibly not considered enough by many of us.  Awareness seems a component and slowing down may be one technique toward that end.

Another reason I love NYS—-https://bcpeaceaction.org/wp-content/uploads/2022/09/war-merchant-resistors-flyer-local.pdf        –September 9th at 11 AM Join Broome County Veterans for Peace and other peace groups to expose Lockheed Martin & BAE SystemsWeapons System

Workers Demand Life-improving Jobs. There is No Dignity in War Work!

–end of bcpeaceaction info—–The Southern Tier of NYS has been a hotbed of citizen responsibility; often in spite of politicians and bureaucrats.

These two pieces of legislation would advance the Tribal management of public lands and improve the protection of sacred and cultural sites. They are set to go into a congressional committee hearing this month.<link href=’https://actionnetwork.org/css/style-embed-v3.css’ rel=’stylesheet’ type=’text/css’ /><script —

The carousel of absurdity includes governmental negligence in ignoring the plight of US citizens such as exist in Jackson, Mississippi while so-called protecting democracy in Ukraine, and pro-capitalist D&R duopoly promotion of imperialism against local communities in foreign nations.  To begin to raise voices against this tyranny, one may sign the petitions below, if one is so inclined—–

Consumer Goods Forum member Asia Pulp and Paper has used physical violence, intimidation and food crop destruction to displace several Indigenous and traditional communities like the Sakai People and Lubuk Mandarsah from their land  in Indonesia. This company has one of the worst human rights track records.

When we told the Consumer Goods Forum about Asia Pulp and Paper’s acts of violence, they ignored us — help us shout it this time.

It’s simply inexcusable for the Consumer Goods Forum to allow its members to use the forum in bad faith, as a way to greenwash serious environmental and human rights violations.

Help us demand at NYC Climate Week that the Consumer Goods Forum adopt a policy of zero-tolerance toward corporate members who use violence.—end of RAN.org info—

Say what you really think, leecamp—-

–end of leecamp info—–Can anyone imagine a more closely-censored comedian, and why aren’t national-security-threatening politicians also treated similarly?  And by the way, I wouldn’t be inclined to take the suggestion of leecamp about the swearing jar because it wouldn’t be the corporate CEO who would clean it up.

Walk in Beauty… The Purpose of Life | Navajo Teachings