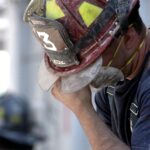 We The People are spending too much time catering to and cleaning up after oligarchs.  One area about which this is true seems to be energy production, where the air is sucked out of the room by fossil fuel industries.  Support of a dirty and obsolete industry for the sake of nostalgia and inertia feels dangerous.  Consider a few new ideas.—-

Looking for cheap, he chose aluminum for one electrode, calling it “the most abundant metal on Earth… no different from the foil at the supermarket.” For the other electrode, he selected another cheap material, sulfur, which he said is “often a waste product from processes such as petroleum refining.” A common salt was picked for the electrolyte.–end of treehugger info–

C-Span was informative as usual this morning.  A random caller touched upon the idea of a renewable and sustainable source of energy production.  She suggested use of an hourglass with a generator between using sand that would be turned over upon emptying of the top bulb.

And what about another thought added to this that our over abundance of plastic could be ground into a sand consistency and used within these hourglasses rather than sand.

Maybe the pride of developing complicated systems is the stumbling block to success pertaining to energy production.  In other words, complication in a system can guarantee employment for a few people while a less complicated system is achievable, cheaper, cleaner, and less expensive.  But that may be the drawback.  Specialization ensures secrets that are salable.

https://popularresistance.org/the-community-solution-to-the-climate-crisis/ –Climate chaos is here right now. It’s not something off in the future like fast food restaurants selling bug patties, emotionally fulfilling sex with robots, or a lab-created dinosaur accidentally getting loose in a shopping mall. New floods, wildfires, and droughts hit communities around the world everyday but the most obvious solutions to this crisis are rarely even discussed.

So what can be done?

As one who believes Climate Change is the most dire national security risk for the USA, one also believes defense is important.  This means defense of the US Homeland, not imperialism to “protect American interests overseas” which seems to translate into protecting oligarchical business interests and of course, golf courses.

So how can national security be enhanced immediately, and without bombing another nation?

*The 9/11 atrocity didn’t arrive out of nowhere, and advance warnings happened including the explosion in the basement of the World Trade Center

*Since the 9/11 attack, the USA has been spared another of this magnitude on our Homeland

*One is not rosy-scenario-ed about the CIA or FBI, but one suspects they have something to do with our security since that time

*This is logical from a depraved perspective because young people have myopic views from time to time due to innocence, and can be inspired by….let’s say flattery

*Mentioning again that one has no misconceptions about the FBI or the CIA, one also is deeply aware of the safety within the USA since 9/11

*This safety has not come about by accident, and someone somewhere has done their job

*As one who was 50 years of age on 9/11, one would be amused if it weren’t so deadly serious, to watch a youngster who conceivably still had training wheels on her bicycle, so-called protecting the Executive Branch at the peril of national security that since 9/11 has proved its worth

Also not lost on some people is that the Executive Branch during 9/11 was Republican, as is the supporters of an Executive-Branch Top-Secret document hoarder in his country club.  Obvious is that the safety realized by the US Homeland since 9/11 may have been the result of the FBI and CIA.  Not that we shouldn’t keep and eye on them, too.  But one notices the Republican involvement, and from what direction the danger was permitted.

The meaning of ‘So-called Primitive Accumulation’

Chile rejects a new and revolutionary Constitution: Shadows of the dictatorial past are imposed

What is the Right Wing afraid of?