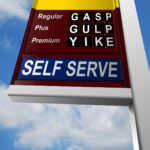 https://twitter.com/SenSanders/status/1555701885109166080         –These are tough times for workers, boom times for corporations. While prices soar, 3 pharmaceutical companies increased their profits by 90% to $54 billion. Last quarter, 3 Big Oil companies made a record $46 billion in profits. We must stand together against corporate greed.

Another interesting language game is the use of Citizens United, that seems to be a Supreme Court decision that legalized the corruption of big-money interests buying into positions of power, legislators to further pass laws to legalize what in another time and place would be, for example, bribery.

School textbooks have included the Teapot Dome Scandal as an anomaly of political corruption; and one doubts that little to nothing has been taught about the intricate details of this scandal.  The take away feels like this scandal was isolated when some people might think the problem was solved by legalizing bribery in politics.

A more detailed account of the Teapot Done Scandal was learned by reading the book https://www.davidgrann.com/book/killers-of-the-flower-moon/  –Then, one by one, the Osage began to be killed off. The family of an Osage woman, Mollie Burkhart, became a prime target. Her relatives were shot and poisoned. And it was just the beginning, as more and more members of the tribe began to die under mysterious circumstances.

https://www.history.com/topics/roaring-twenties/teapot-dome-scandal   —–The Teapot Dome Scandal of the 1920s shocked Americans by revealing an unprecedented level of greed and corruption within the federal government.

Other linguistic play includes the use of collateral damage in place of killing and description of a battlefield as a theater.

The grand prize should go to the person who associated capitalism with democracy.  That person should surely have received “employee of the month” recognition.

Tedious demonizing by hierarchical Establishment, of nations that may be the hotbed of inspiration for local-community strength, may hinder some nations from making changes that could lead to styles of democracy that so far are only talking points.

https://mronline.org/2022/08/05/canada-could-learn-from-cubas-sustainable-agriculture/?utm_source=rss&utm_medium=rss&utm_campaign=canada-could-learn-from-cubas-sustainable-agriculture&mc_cid=b5a6352ecb&mc_eid=2833cdb99b        –The jargon-free version: in the time of unprecedented crisis that was the Special Period, the Cuban government joined hands with their people and let them guide the nation toward an agricultural model based on agroecology and localized production. Large state farms were dismantled and land was redistributed to anyone with a desire to work it, while the Ministry of Agriculture sponsored nationwide workshops that brought together farmers and scientists to share sustainable solutions for the food production crisis.

This Is F*cking Insane!

934,018 views Jul 29, 2022 Veterans and active military families cannot afford to eat food in spite of Biden pledging $840 billion to the military. So why is this happening? #military#biden#pentagon#ukraine#russia

Attention in favor of a Free Press seems to promote democracy.

From Ralphnader  —     https://mailchi.mp/nader/to-the-new-york-times-we-thought-we-knew-ye-yy9ny9lh7f?e=cfd1bea9b5  -However, here I wish to register an objection to the very recent unseemly, inexplicable collapse of the Times’ historic editorial and op-ed pages that are arguably the most significant two pages in all of our country’s mainstream journalism.

From lakotalaw  —     A couple weeks back, I was honored to join a delegation to Washington, D.C. led by Standing Rock Chairwoman Janet Alkire. We met with congressional reps and other decision makers to inspire action to stop the Dakota Access pipeline (DAPL). As the pipeline’s legally mandated Environmental Impact Statement (EIS) continues to stall despite the clear and present danger to Standing Rock and the Mni Sose — the Missouri River — this was mission critical. You can click here to watch our latest Water Wars video, produced in conjunction with Standing Rock, the Oceti Sakowin, and the Great Plains Water Alliance, which highlights our productive meeting with Rep. Rashida Tlaib (D-Mich.).

You may recall that, in 2021, members of the Squad — progressive millennial women leaders in the U.S. House of Representatives including Tlaib, AOC, Ayanna Pressley, Cori Bush, and Ilhan Omar — joined us and other Indigenous justice leaders in Minnesota to combat the Line 3 pipeline. And, of course, in 2017 AOC visited Standing Rock to take part in the #NoDAPL resistance, inspiring her run for Congress. These true leaders recognize the dangers of pipelines and care about what happens to us. Their support remains critical, but frankly it isn’t enough. We need other lawmakers and the executive branch to recognize DAPL’s danger and help us stop the oil before it spills and creates an emergency for our people.

As we pointed out during our meetings in D.C., the Army Corps of Engineers has repeatedly failed to provide Standing Rock with an adequate emergency response plan for DAPL. It has only shared a redacted version, which prevents us from planning on our own. This is particularly concerning now, because extremely low water levels in the Mni Sose have made accessing potential leak sites a logistical nightmare. We pray that something will be done before it’s too late.

In the meantime, please take a few minutes to watch our video and stay ready to take action. Eventually, the Corps will have to release its sham EIS. When it does, your voice will be critical. The public comment period will offer us an opportunity to stand strong together — again — for the water, for the people, and for our future.

Wopila tanka — thank you, as ever, for standing with Standing Rock and the Oceti Sakowin.
Chase Iron Eyes
Co-Director and Lead Counsel
The Lakota People’s Law Project

« DIMENSIONS OF CHANGE
LOOK BEFORE YOU LEAP »