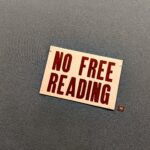 Complexity on a topic is recognized by some people at the same time another group will see none.  Centralization that also can be found in globalism mean hierarchical personalities set a standard to which a very diverse public is required to meet.  To meet this arbitrary standard may not produce a healthy society.

https://psyche.co/ideas/your-sense-of-right-and-wrong-is-interwoven-with-your-personality?utm_source=Aeon+Newsletter&utm_campaign=8134a98139-EMAIL_CAMPAIGN_2022_01_05_12_52&utm_medium=email&utm_term=0_411a82e59d-8134a98139-70464341   —The various links that personality has with moral thinking can help explain why people often find themselves locking horns, or simply talking past one another, when discussing morally salient issues. Moral quandaries are so named because they are complex and multifaceted, affording different perspectives that people likely arrive at, in part, as a result of their different personalities.–end of psyche from aeon info–

Occupy Biden Demonstrates How To Hold Politicians Accountable  –https://popularresistance.org/occupy-biden-demonstrates-what-it-looks-like-to-hold-politicians-accountable/    –During the 2020 presidential campaigns, it was common for people who planned to vote for Joe Biden to say that they recognized he was a corporate-friendly candidate but that we just needed to elect him and then he could be pressured to act in the interests of the people. Well, unlike the marches after President Trump was elected, that mass pressure on Biden has not materialized. Now, a coalition of smaller climate justice groups (not the Big Greens) has just completed a weeklong occupation of land close to the President’s home with two demands: that he declare a climate emergency and that he stop any new fossil fuel projects. Clearing the FOG speaks with one of the organizers, Karen Igou, about the action and next steps in the campaign to pressure Biden. Igou also speaks about actions we need to be taking outside of the political arena to address the climate crisis.

–end of popularresistance info————-end of popularresistance info–Several thoughts on this topic of commercial/governmental collaboration–
*Said collaboration seems based on insinuating policy onto the general public by use of money and is bi-partisan between both branches of the Democratic/Republican duopoly*An example of said insinuation in NYS seems washed away from google search that included reports by the local Southern Tier newspaper stating the Broome County Sheriff, during the time of the anti-fracking advocacy, was moonlighting with a fossil-fuel corporation*Close collaboration between politicians and commercial interests (big-money campaign donors) is evident at www.alec.org*Money is a strong incentive for most people; to expect exceptional behavior from politicians is asking too much*Hierarchical positions such as are FACTual in capitalism support the degradation of laws passed by purchased bureaucrats and politicians that seem to have given us a judicial system where one is better off if one is rich and guilty than poor and innocent*This system should be recognized as fascism, or at the least questions must be asked as to the reason not to see this as our new system
https://www.c-span.org/video/?517110-2/washington-journal-news-headlines-viewer-calls   —
JANUARY 7, 2022  | PART OF WASHINGTON JOURNAL 01/07/2022

Viewers responded to the question “Do you have faith in the U.S. electoral system?”–end of c-span info–

The C-Span discussion was particularly lively on 1/7/2022, the day after the 1/6 insurrection commemoration.  Without insight as to whether the man was a participant, one caller expressed concern that (paraphrase) we are being labeled as fascists.
As one who believes we are behind in discussing whether fascism is a danger in the USA in 2022, one also believes the components are too ubiquitously in place to label any one group with that system.
How simple if we could so identify one person or group.  That we may currently have institutional fascism seems an apt topic for discussion.  The very insistence that “we are a 2-Party system” flies in the face of warnings from George Washington of the turpitude of political Parties.
One presumes the man on C-Span who suggested 1/6 insurrectionists shouldn’t be labeled as fascists raises a point.  However to label any one group or person in this way misses the expansive nature of hierarchical leadership in the USA.
Instead, one could site the following as examples –*Personality politics support cult following*Money enhances loyalty to personality rather than to precepts of the US Constitution*Presumption that one branch of the R&D duopoly is “the backbone of democracy” is a crass simplification and is also not FACTual*The same Party members who say they are “the backbone of democracy”,  attempt to promote voter rights by asking commercial interests to protect their right to vote, which seems especially supportive of fascism*Storming the US Capitol as legislators count votes is also emblematic of actions that seem a cliche of fascism*The “2-Party system” that includes the Democratic Party and Republican Party have denied to 3rd-Party candidates, in Presidential debates and elsewhere (NYS gubernatorial race in which Cuomo ignored views of the Green Party candidate Howie Hawkins, for example), a voice which surely is censorship*Republican politicians who spoke out against the 1/6 insurrection have chosen to fall in line with the reason for the action
The capitalist 2-Party system seems as questionable as the communist 1-Party system.  To suppress 3rd-Party voices seem to be voter suppression.
The results of our current system aren’t promising—-https://portside.org/2022-01-06/hell-earth-small-town-style-climate-change-close-and-personal   –Like people wracked by climate-disaster recovery everywhere, we’re facing a boot-strap recovery and a generational challenge. People in high places with money to share are not riding over the ridge to our rescue. Instead, we’ve been turning to one another, relying on our mutual commitment to the place we’ve long called, and continue to call, home. There’s a buzz of enthusiasm about the possibility of rebuilding an all-solar town and kissing PG&E goodbye. Others are researching how to use the locally made bricks that survived the fire in new construction to honor the town we lost. A group called the Dixie Fire Collaborative is working to coordinate a host of independent initiatives.Strengthening us is the resilience of Native American Maidu tribal leaders and the experiences that kept them on this land. They stood up again and again after the destruction of their communities and they remain standing today. “This is a time of renewal, a time of immense opportunity,” says Trina Cunningham, executive director of the Maidu Summit Consortium. –end of portside info–
I also place hope in the wisdom and experience of Indigenous People, who somehow seem less susceptible to propaganda that promises money in return for integrity.
Received from lakotalaw—-Hello again! A few weeks back, I wrote to you to share some of my journey as a 19-year-old single mother at Standing Rock. I told you about battling addiction and losing my son to the Department of Social Services, my plan to get my baby back, and my intention to enroll with the help of Lakota Law staff at United Tribes Technical College and pursue a law degree. Well, today, it’s official! I have moved into the dorm in Bismarck and will start classes next week. It’s a great day — even as our winter temperature hit -14 degrees — and I sincerely thank all of you who helped make all of this possible by supporting the Lakota Law foster home, where I stayed for a period of time in 2020. I also thank the many of you who responded to my first email with messages of encouragement. It means a lot to know I have so many people in my corner as I set out on this new path.I’m taking criminal justice courses and working toward my lifelong dream of becoming an attorney so that my Standing Rock relatives know that they, too, have someone in their corner. There’s so much injustice on the reservation, and that needs to be fixed. My father and other family members are in jail partly because there was no one with the skills to properly represent them. I hope I can eventually right those wrongs. When I become a lawyer, the people close to me will be able to say that someone is there for them.In order to make the best possible impact for my relatives, I’m temporarily moving away from the rez to grow into who I want to become. True, I’m not going far, at least to begin with. I’ll spend the next two years in Bismarck while I earn my associates degree. This small separation will allow me to create new patterns and stay sober, while I work with Child Protective Services to get my son back. Once he’s with me, I’ll gain access to a subsidized apartment that can help me support us both and continue toward my degree.My vision for my future is clear. I also realize that I can’t focus on forever, or even tomorrow. As we say in recovery, it’s one day at a time. So, right now, I’m making this move and showing gratitude to all of you who have supported me and given me inspiration. Life is good, and now I know, without a doubt, that it can keep getting even better.Wopila tanka — thank you for everything!
Emerald Little Dog
Via the Lakota People’s Law Project—-end of lakotalaw info–

The story has been told about decimation of Native families by policies by colonizing governments that removed children from their loved ones in order to educate into capitalism.  One isn’t so sure the same isn’t happening currently on a national level.  It seems unnatural to separate children from their family whether physically or emotionally.

« CRITICAL CROSSROAD
IF YOU DON’T USE IT YOU LOSE IT »