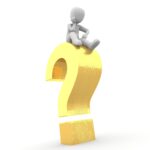 On a MSM Team Red/Blue “show” last night, one heard a “reporter” announce that among “democracies”, the USA was a baby.  Not having verified but remembering info from years ago, it seems the USA has the oldest continuous government in the world.  This is to the benefit of the USA, if only politicians and bureaucrats could act accordingly.

The following tweet from Rema Loeb was coincidentally the same day one read from https://www.amazon.com/Gates-Europe-History-Ukraine/dp/0465094864#:~:text=Situated%20between%20Central%20Europe%2C%20Russia,Reich%20and%20the%20Soviet%20Union.https://www.facebook.com/rema.loeb/posts/pfbid02hfafVkzFePHZ2JDH7aUgB3C459FvK2W7nvY4AWTh1U4vU5Q5bHoQz5uMW1UNd5Z3l    —

Taken from The Gates of Europe, A History of Ukraine—From page 233—While Ukrainization was central to the indigenization policy in Ukraine, it did not involve only ethnic Ukrainians.  Russian, Jewish, Polish, and German ethnic regions were created in Ukraine with their own administrations.  Publishing houses printed books in national languages and school children were educated in the language of heir ethnic groups.  But the effects of this policy remained limited mainly to the countryside.  In the cities, ethnic minorities were being Russified even more quickly than Ukrainians.
—end of excerpt from Gates—-

–end of info from Remaloeb—-

A 10-year action plan by the United Nations Educational, Scientific and Cultural Organization (UNESCO) speaks to Rigney’s concerns and addresses the need to preserve and grow Indigenous languages internationally.

UNESCO has declared 2022-2032 a decade of Indigenous language and detailed its global action plan at an event last week in France.

—–end of UNESCO iinfo from tweet from RemaLoeb—–As always, gratitude to Rema Loeb……

Indigenization policy is an interesting concept and seemed to have been tackled post Russian Revolution.  Several thoughts on this—

*This is FACTual, but feels like an implication that Russian bureaucrats are not Indigenous.  This is an American-chauvinism view.

*Most people involved in the Russian Revolution could be called Indigenous

*One has heard of the fear from “white people” in the USA, of slave revolts in that era

*The Russian Revolution was an ostensible slave revolt

*Those revolted against were dictators running Russia for their personal benefit (known as Whites, coincidentally) in a highly hierarchical system that seems similar to capitalism

These distinctions should be understood as we condemn Russia for invading Ukraine.  Also, anyone seriously interested in FACTS could start by reading the history of Ukraine, that will clarify distinctions between reality and history in that region, and the broad-brush propaganda that demands the region accept “Western values”.

Perhaps an honest discussion could include thoughts from Native Americans, considering a few of the realities suggested above.

Another type of bait-and-switch feels obvious from one who studied via industry educational courses sufficient to earn the designation CLU and ChFC, in the labeling of Social Security Earned Benefits as Social Security Entitlement contrary to years of industry education.  One is curious at the silence from fellow ChFC and CLU designation holders on this topic.  The courses were offered along with the less prestigious LUTC industry courses, all of which referred to Social Security Earned Benefits, not Entitlements.  The bait-and-switch for political expediency is an assault on American workers, in one person’s opinion.  Silence from Bryn Mawr is equally troubling.

EUROPE AND THE LEGITIMIZATION OF DECEPTION

Stella Assange & Lee Camp: When Will Julian Be Freed?