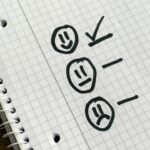 The US media is commercial with an overriding mission of selling product, not journalism.

https://mronline.org/2022/08/12/u-s-govt-is-worlds-worst-violator-of-freedom-of-press-not-its-protector/?utm_source=rss&utm_medium=rss&utm_campaign=u-s-govt-is-worlds-worst-violator-of-freedom-of-press-not-its-protector   –The U.S. government employs many strategies to try to justify its intervention in the internal affairs and violation of the sovereignty of foreign nations. Chief among these deceptive tactics is Washington’s weaponization of accusations that its adversaries violate the freedom of expression.

This is quite ironic, given that the United States is the world’s leading violator of press freedoms, according to any consistent definition of the term.

American rhetoric on the topic of racism is vociferous in pride at attention to this topic by capitalistic hierarchy that profits off ongoing FACTual racism while ignoring the real-time gains by people in South America along with ongoing attempts by global oligarchs to control the wealth of nations.  Exceptionalism may be the harness of the masses.https://mailchi.mp/popularresistance/3ov8vc4z4s?e=1b0a9c0541    —

The Nobodies Take Office In Colombia: An In-Depth Analysis

India: How Tribal People Are Losing Their Land Rights

As the USA becomes increasingly hierarchical, other nations seem to attempt democracy.  An honest appraisal of this seems relevant.

https://mailchi.mp/nader/watch-out-for-those-breaking-our-established-norms-wfl8fo5npr?e=cfd1bea9b5                   –In our country, voluntarily recognized fundamental norms have been breaking down. The chief impetus for this collapse is the ascending supremacy of commercial power over civic values. The surrender of the latter to the former in sector after sector has spelled the decline of our country as measured by its own promise and pretensions. Compared to seventy years ago, there are almost no commercial-free zones anymore. Almost everything is for sale – or should be in the minds of dogmatic free market fundamentalists and its apologists like Milton Friedman and his disciples.

So how’d we get so militant, one wonders.

https://www.youtube.com/watch?v=SbIHWKer7v0      –Jun 23, 2022 My review of Top Gun: Maverick, which has grossed $900 million worldwide. But what does this mean to America? #topgun #tomcruise #maverick

The last few years have been learning experiences but also a huge success with increased attendance and the opportunity to hear from speakers around the globe.  We are also happy that hundreds of our members and guests can join us in gathering without the environmental impacts of traveling.  We continue to be cautious regarding the pandemic and want to create as many organizing opportunities that keep people safe and healthy.

This year’s theme is From War Making to Peace Seeking, a theme that is more relevant than ever.

From Rema Loeb with gratitude——https://www.facebook.com/rema.loeb/posts/pfbid021jNNFvhNBnCcn5qZaHE5C6Cvp6kaDNs3boW2ouRqT7WpqFp6Q9NiApXSjtMJizFHl   —

. Our minds and our bodies are so colonized, so “comfortable,” that we have forgotten about our connection to Mother Earth, to the water, to the plant nations, the other animals, and to each other. We have a deep-seated fear of the outdoors, the wild, and anything that is not pre-washed, wrapped in plastic, and stamped “safe” in a factory. That’s why I couldn’t get mad at the rancher’s wife. Being woefully ignorant is a bragging right in a nation where liars rule. –end of tweet—–

From lakotalaw   —It’s a big week in the battle to save our children. I’ll start with the positive: I’m happy to tell you that our Supreme Court amicus brief in defense of the Indian Child Welfare Act (ICWA) is being filed as I write this. It’s powerful and persuasive, written to make clear the studied perspective of former S.D. Sen. James Abourezk with regard to Brackeen v Haaland. Sen Abourezk wrote the original ICWA law, and he also sits on our advisory board.

Now, let’s be clear about the legal landscape. This conservative Court seems willing to disregard precedent and roll back the civil rights of American citizens at an astonishing pace. We remain hopeful that the Solicitor General — along with well-reasonedbriefs from those of us who know this law and its benefits well — will hold sway on behalf of protecting ICWA with a majority of the justices. That said, as a society, I don’t think it’s an overstatement to say that our trust is stretched to the breaking point, so we’re not going to rely solely on legal arguments when it comes to keeping Native kids in Native care.

That’s why it’s essential we engage President Biden. Please send him an email today, and ask him to cement his legacy as an advocate for Native communities by taking action to protect our children and sovereignty, up to and including an Executive Order.

Many of you have read our comprehensive blog on the threat of overturning ICWA and the potential resulting domino effect that would erode our sovereignty. Also, thousands of you have signed our petition asking the Department of Justice to staunchly defend this law. Now — with the looming threat of this radical Supreme Court and its propensity to take us backward instead of forward — it’s time to activate the other branches of government to keep a balance.

Once we have a new Congress in November, we’ll ask you to assist again by demanding it be prepared to codify new legislation to protect our children. For now, the best remedy is the executive branch. Biden knows Native People helped elect him, and he’s put several of us in charge of essential departments including Secretary of the Interior Deb Haaland, the defendant in this ICWA suit. He’s listening, so let’s help him be effective on our behalf.

P.S. Tell the president: Take immediate action, up to and including an Executive Order, protecting Native children and respecting tribal sovereignty. Now is the time for him to use his authority as the United States’ chief executive to balance the power of a Supreme Court determined to eliminate our civil rights and return us to the days of the Indian Wars.—end of lakotalaw info–

From leecamp about a new 3rd Prty—

https://www.youtube.com/watch?v=N8-teOkNc_A       — Aug 8, 2022 Democrat and Republican back-benchers have a new idea for tricking voters to stay within the tight confines of the US’s war hungry, capitalist political system. They’re going to make a new party with fresh ideas like occupying the middle-ground between the DNC’s neoliberal chicanery and the GOP’s religious fundamentalism. Can you believe that they’re finally breaking the two-party system? Well they aren’t. This week on “The Most Censored News” Lee Camp exposes Andrew Yang’s new Forward Party as another vehicle for corporate power in the US.

« YOU CAN DEFINE THE 21st CENTURY
FINE THE POOR OR TAX THE RICH? »