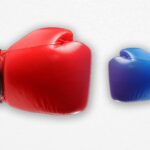 The money to run government must come from somewhere.  Citizens United seems an apt system in which Pyramid Schemes thrive.

https://popularresistance.org/an-objective-look-at-us-foreign-policy-joe-lombardo-interview/   –Who actually defines and sets America’s geopolitical priorities and determines our foreign policy? Not “officially”.  Not constitutionally. But de facto.

I look at this in class terms.  I believe there is a ruling class that determines international policy based upon their perceived class interests, and who make the rest of us fight their wars and pay the bills. They control the 2 main parties and their politicians through financial control. They also control the media, the police and courts and the military. They don’t all necessarily agree on what to do, so differing opinions are debated through the Republican and Democratic Parties.  I don’t believe that there is a “deep state” that works independently of that ruling class to determine policy.

We have no common “national interests.”  The obscenely wealthy, who run the country have one set of interests and the working people have another. Our national security is not guaranteed by the military but by good jobs, healthcare, education and by satisfying human needs and seriously addressing climate change.  We need a society with a much more equal distribution of wealth.  This will stop our conflicts nationally and internationally.

A curious reference to “national security” was used as an excuse to keep in place the Trump tariff.  Tariffs seem traditionally to be used to encourage exports and discourage imports of product into the nation.  Traditionally a healthy US economy was enjoyed when exports were greater than imports.  This changed with globalism in which US leaders, purchased into public office via Citizens United, sent manufacturing to foreign nations and encouraged ubiquitous imports of just about everything the US consumer needs.  A Cassandra wasn’t needed to predict this could be a national security risk when foreign nations controlled our supply line.  Another effect is poverty-level wages in the USA.  Still another effect is contempt by leaders of human rights and environmental rights, which were actually written as permisible into such trade agreements as TPP, for which Obama, for example, was manic in supporting.

The political expediency of Obama as President was that nobody could challenge said policies as TPP that were supported by Obama without a charge of racism.

Roger Waters refutes U.S. war propaganda in CNN interview and World Beyond War webinar—Significantly, when a transcript of the interview was posted online, it became clear that CNN producers had deleted a portion of Waters’ comments.

The Nobodies take Office in Colombia: an in-depth analysis

From portside   —-    https://portside.org/2022-08-13/post-protest-government-ecuador-strikes-out-against-indigenous-leaders?utm_source=portside-general&utm_medium=email            –On June 30, the conservative government of Guillermo Lasso sat down with the Confederation of Indigenous Nationalities (CONAIE) to end a national strike and begin a 90-day process of negotiations. No sooner was the peace accord signed than the Lasso government scaled up its campaign of repression against protesters, beginning with a new trial against CONAIE president and strike leader Leonidas Iza.

Can a parallel be drawn between treatment of Indigenous People and exploitation of the general public?   —     https://portside.org/2022-08-13/organized-plunder?utm_source=portside-general&utm_medium=email   –In the absence of the tax dollars city governments rely on, American are now funding themselves by fining the poor instead of taxing the rich.

As we travel the bumpy road of “running government like a business”, it seems predictable that laws will be passed by Citizens-United purchased politicians to fine poor people rather than tax rich people.