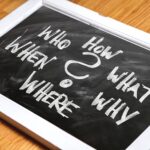 To set the stage logically, consider what the commons mean to humanity and nature; along with a presumption by hierarchy that they are the subject of life on Earth and that humanity and nature are the objects to be exploited as human resources and natural resources.  We also may wish to consider bribery and the use of the blanket explanation of “national security”.

https://janataweekly.org/how-private-corporations-stole-the-sea-from-the-commons/         –For most of human history, the oceans have been seen as a global commons, the benefits and resources of which belong to us all in equal measure. But our seas – and the marine environment as a whole – are being ravaged by exploitation for corporate profit. The result is a social, economic and ecological crisis that threatens the very life support system of the Earth.

Since 1945, when the US unilaterally asserted ownership of the continental shelf and parts of the high seas around its shores, much of the ‘blue commons’ has been converted into private property.

It is hard to exaggerate the scale of the plunder of the ‘blue commons’ in the period of neoliberal economic dominance since the 1980s. The seas have become the frontier of global rentier capitalism. The spreading claws of financial capital are evident almost everywhere, with private equity growing in prominence.–end of janata info—

Government in the USA has congealed into a 2-Party political corporation system in which each branch of the Democratic/Republican Duopoly vie for supremacy. Citizens United is a Supreme Court ruling that has legalized without legitimizing money in elections that is corruption.

Predictably”strong men” and now “strong women” have risen to the top like scum in a swamp, to posture as leaders, in the view of some people.

This would be a good time to mention that the thoughts expressed are not FACTual, but are opinions from the meandering observations over decades.

One hears a new book is in print that touches upon the obvious misunderstanding by a President Trump that the government was “his”, including the US military and their generals and other military officials. This is posited from some sources as troubling.  In particular the peculiar level of Trump ignorance included admiration about what seems to have risen from his mind, of the blind loyalty of WWII Nazi generals toward Hitler.

This is a troubling view if FACTual, on the topic of history in the mind of a past President.  But this also seems to suppose that the US military over recent decades has been used predominantly to “protect American interests overseas” which seems like a euphemism for interests of oligarchs who are kind enough to fund political campaigns byway of Citizens United.

For We The People who might prefer the US military be used to protect the USA under a description of national security, both misguided notions of use of the US military is a problem.

Also, why is hierarchy reluctant to use the word bribery when it seems to apply?

In FACT, little is heard of corruption from either branch of the Republican/Democratic Party corporation.

The recent dust up at Mar a Lago has been reported by some media as instigated by Trump retention of what has been described as highly-classified governmental information that a President doesn’t routinely take home after his Presidency is over.

*One has wondered since Trump made the decision that the 50-year Kennedy Assassination information should be withheld, after the 50 years had gone by, due to “national security” concerns, what was the motivation to withhold?

*Transparency  in a democracy is always better than not, so what was the motivation?

*Is this “highly sensitive classified information” a part of the Top Secret documents retained at Mar a Lago, and if so, to what end?

*Is “highly classified” 9/11 information contained, and who might it protect?

*Considering the unreleased Kennedy Assassination information that had been slated for release after 50 years, the specter of Cuba comes up, for some who lived through that daunting time

*It seems the USA would be more than pleased to release info against Cuba, perhaps not so much the reverse

And a person who thinks one way one day may change his mind.

For example, we have noted politicians who have vehemently condemned another politician, been invited to a delightful afternoon on a golf course, and transforms into a minion-for-life.  People change.  Why is a good question.

Trump enjoys the type of loyalty from some Conservative corners that are reflective of the same toward Biden from some of the Democratic Base.  Why is an apt question.

The reason to refrain from “running government like a business” is corruption.  When the same people who profit also legislate, what can go wrong?

In other words, when corruption is challenged, some remedies are to simply legalize it.  How is the following Teapot Dome Scandal information anything other than an example, considering Citizens United……

School textbooks have included the Teapot Dome Scandal as an anomaly of political corruption; and one doubts that little to nothing has been taught about the intricate details of this scandal.  The take away feels like this scandal was isolated when some people might think the problem was solved by legalizing bribery in politics.

A more detailed account of the Teapot Done Scandal was learned by reading the book https://www.davidgrann.com/book/killers-of-the-flower-moon/  –Then, one by one, the Osage began to be killed off. The family of an Osage woman, Mollie Burkhart, became a prime target. Her relatives were shot and poisoned. And it was just the beginning, as more and more members of the tribe began to die under mysterious circumstances.

https://www.history.com/topics/roaring-twenties/teapot-dome-scandal   —–The Teapot Dome Scandal of the 1920s shocked Americans by revealing an unprecedented level of greed and corruption within the federal government.

Ask questions while we still can.