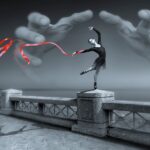 Bernie Sanders has seen a few things.  Consider his views at www.berniesanders.com and listen to his thoughts about doom.

we can’t give in to “doomerism”

Corporate-owned-state-influenced media has seemed to project a notion that progress was the determining factor in which moving forward in a straight line rejected a pause to consider the past or history. To some people this may be a definition of ignorance and indoctrination.

And so when some people warned that government was about to come after the rights of women, many young ladies arrogantly scoffed at the notion.  Now that conjecture is reality, some young women are freaking out as though misogyny is a new invention intended particularly for them.

In FACT, it is simply a return to a time in the past within the memories of many women.  It was dealt with then and it can be dealt with again.  Although that hubris and ignorance is the reason it must once again be challenged is painful.

And so questions are discussed about the level of violence a woman should tolerate within a marriage.  This is indeed a sordid conversation, but recall that we don’t even have universal health care and this topic becomes one among many about Supremacy and its ramifications.

*In 2022, women are losing rights to privacy and control of their own bodies on a governmental level

*The same has been FACTual in the past

*Birth control was in past eras, also limited

*In 1970 in NYS, following a domestic violence attack, and attempting divorce, a requirement was, as stated by the attending bureaucrat “counseling with both parties together with the goal not of determining compatibility, but to ‘keep the marriage together'”

*A semblance of sanity was indicated when the counselor permitted the female to leave 20 minutes ahead of the male, to offer time to get home and lock the door

*The same mind set of violence perpetrated by military action in support of Supremacy by the US government, feels similar to that expected toward women

*Republicans are implicated in this misogyny, but in the 2020 Democratic Party campaign, strategists predicated growing misogyny in their soft misogyny message…..to use the phrase coined by said strategists……”especially white women”……., that may have desensitized the public toward misogynistic messages, for political gain

*Regardless of all of this, success happened byway of Suffragists 100 years ago and then 50 years ago by second wave, as symbols of hope

*Nonviolence must be universal to be expected to individuals, including a rejection of a war ethic that is probably the precursor of misogyny on a local level, or possibly the other way around, who knows?

*Republican J. D. Vance needs to explain the Republican positions of respect for the law at the same time that law seems to preclude physical attacks against women, even if she is your wife

*This anomaly foretells legislation such that once again, as in recent history, ignores or legalizes domestic violence as “private matters”

*As one who recalls being denied credit due to being a female, although the more financially responsible one in the marriage, this was indeed a FACT—-https://moguldom.com/416725/fact-check-married-women-couldnt-get-credit-until-1974-and-then-divorce-rate-skyrocketed/?utm_source=moengage&utm_medium=push&u

In our culture, economic stability gives one dignity and respect.  This is a construct by hierarchical Establishment.  Women are expected to straddle the impossible distance set for the male half of society.  This is misogyny and corruption due to being based on money ad relegating women to impossible status.

It does not take courage and strength to reinforce this system.  It does take greed and privilege.

One is interested in the silence on the topic of Medieval witch hunts that predominantly but not entirely targeted women.  These styles of justice migrated to North America and were FACTually implemented in America.  It is disturbing but not surprising at the lack of awareness about our history.

Tragically an enormous reality of this attitude of Supremacy by hierarchical Establishment toward fashioning society is the same predatory and exploiting attitude applied toward nature and resulting in Climate Change.

The Democratic/Republican duopoly is a capitalistic-leaning duo of corporations that seem to have insinuated between themselves and We The People on the topic of electoral action, seemingly supported by Citizens United that involves enormous amounts of money in a system that therefore invites corruption.  Self-interest for compliant politicians seems to result.

Jeff Mordock talked about the latest developments in the Hunter Biden investigation.

In place of adulation for the nation’s “bad boys”, which is surely titillating, one is encouraged by those who question actions.

Former CIA director James Woolsey has admitted that the U.S. “interferes” in elections in other countries to protect its interests.—end of mronline info–

It will take balanced visionaries like Bernie Sanders if any hope is valid.  Bernie Sanders is not alone in visionary outlook; it may be the electorate who could hone skills of recognizing who they are.  Violence in either physical posture or thought is not strength.

When left to those with Supremacy complexes, hierarchical predatory practice will continue.  C-Span included callers who spoke of admiration for a past President due to his strength.  Pence was specifically mentioned as being weak. As one who rejects the policies of both, pertaining to the past President, hubris is not strength and in the instance during the January 6 insurrection, if the actions of Pence weren’t courageous, one doesn’t know what could be.

Ready, Fire, Aim: US Interests In Afghanistan, Iraq, And Syria

Fox Seeks Allies Across The Political Spectrum To Shill For Bolsonaro

« MINION OR CITIZEN?
LAW OF THE JUNGLE »