WHY SHOULD WOMEN OWN WOODS? 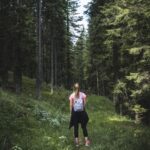 Filling out the following NYS survey about broadband and asking my husband the answers to questions about which I am uninformed, he asked, “why are you doing so much work for them for free?”  Good point.  The reason was I was ultimately wishing to ask about our electrical grid that goes out periodically for no reason.  This is a more crucial issue than broadband.  Again one wishes to remind that our NYS NYSEG utility company is owned by a company in Spain, which nation is quite friendly with Russia.  More power to them, but another FACT is the increasing electrical rates in our area, the unreliable service, and the enormous cost transferred from local-community, poverty-burdened Upstate NY people to wealthy corporations in Spain.

*https://en.wikipedia.org/wiki/Avangrid      —Avangrid, Inc. (formerly Energy East and Iberdrola USA), is an energy services and delivery company. AVANGRID serves about 3.1 million customers throughout New England and the state of New York in the United States.[1]–end of wikipedia info–

This Saturday as we awaited the broadcasting of Washington Journal at 7:00AM on C-Span, we landed on MSNBC long enough to hear of a project in South Carolina of African Americans who plan to challenge racism by building their own community with their own economy, to a certain extent.  —  https://www.indexjournal.com/lifestyles/unwind/promised-land-to-be-in-episode-of-into-america-podcast-series-reconstructed/article_c99cfd05-cfe1-5582-9410-195d8b0df5bc.html
A point can be made that this is a story more USA than otherwise, and works for every community.
As usual the topics hosted on C-Span were relevant, but didn’t include the reason for the chaos in our nation, which seems to be corruption and greed, and could be deeply mitigated by getting rid of the Citizens United Supreme Court decision that legalized money in politics to an extraordinary level.
But as usual many guests nibbled around this critical issue about corrution in politics.  https://www.c-span.org/video/?517767-3/washington-journal-james-pethokoukis-discusses-automation-future-work  –FEBRUARY 12, 2022  | PART OF WASHINGTON JOURNAL 02/12/2022

James Pethokoukis, senior fellow at the American Enterprise Institute discusses the impact automation could have on the future of work.–end of c-span info–

Not satisfied with sending Middle-Class jobs overseas along with manufacturing and so creating a national security threat, politicians currently seem stymied about addressing automation.  James Pethokoukis says something about uproar being inevitable, people must accept change and get used to it…(paraphrase).
Most hierarchical Establishment characters appear to embrace the progress as defined by greed, exploitation and privilege.  We could of course define progress in terms of peace, good health, and equality instead.
If we were to consider the wisdom of the project in Promiseland, South Carolina, we could recognize that the problem isn’t much other than having fallen for the capitalistic hierarchical Establishment imposition of the economy as a Pyramid Scheme.  This has nothing to do with race, and everything to do with indoctrination.
But the idea is far from new, just difficult to communicate, probably due to indoctrination from capitalistic hierarchical Establishment that their way is better.  It’s better for capitalistic hierarchical Establishment.  It has been over 10 years since I attended in Binghamton, NY, a Transitions meeting.  This is a great resource—-https://www.transitionus.org/about/
Probably not all of our woes go back to patriarchy, but most of it may—-https://aeon.co/essays/when-will-economists-embrace-the-quantum-revolution?utm_source=Aeon+Newsletter&utm_campaign=f0b726af94-EMAIL_CAMPAIGN_2022_02_07_05_42&utm_medium=email&utm_term=0_411a82e59d-f0b726af94-70464341  –In her bookMother of Invention: How Good Ideas Get Ignored in an Economy Built for Men (2021), the writer Katrine Marçal argues that many useful innovations have failed to catch on because they are deemed ‘too feminine’ by marketers. A classic example is the wheeled suitcase. The wheel was invented in ancient Mesopotamia, however the possibility of attaching it to a case went against the whole idea of men showing off their strength by lugging heavy objects around, which is why wheeled suitcases weren’t a thing until 1972. As Marçal wrote in The Guardian: ‘Gender answers the riddle of why it took 5,000 years for us to put wheels on suitcases.’Quantum is the scientific equivalent of suitcase wheels. The reason this useful innovation hasn’t caught on, or been rolled out, more generally in areas such as economics isn’t because it’s impractical or too hard – it’s because it’s too feminine. Or rather, too Female, in a sense to be defined below.–end of aeon info–
A C-Span conversation this morning brought up the FACT that workers in trades are hard to come by.  In FACT a short-term education investment that is quite inexpensive can produce a life-long ability to support oneself independently and economically reasonably.  Instead youngsters are suited up for education in institutions of higher learning by taking out absurdly high loans and obtaining degrees for jobs in corporate positions.
It would appear corporations are precisely the businesses that will automate out of existence, workers.
A community would need to make an intellectual decision to build out in a way to provide opportunity for sole proprietorships, partnerships, or family enterprise.  This could be done as simply as zoning out chain stores that have decimated the so-called Mom and Pops.  In other words this is where an honest local politician would come in handy.
The advise from James Pethokoukis about the uproar of change as inevitable that people must accept change and get used to it, could be applied to oligarchs and plutocrats rather than to We The People.  His advise is good but misdirected, unless we are in a dictatorship.
In Solidarity with those who are the model of local-community concern—from lakotalaw.org–Greetings to you from the Standing Rock Nation. It’s a time of change and movement here, and I hope you’re ready to join with Standing Rock and Lakota Law as we step, with a new focus, into the fight against the Dakota Access pipeline (DAPL). Next week — as Standing Rock’s new Chairwoman, Janet Alkire, shares in a new video we co-produced — we expect the U.S. Army Corps of Engineers to open the public comment period on DAPL’s fatally flawed Environmental Impact Statement (EIS). It will be critical that you join us by sending a comment opposing this extremely problematic document and asking for a new, impartial review.Watch: In a new video, Standing Rock Chairwoman Janet Alkire talks about DAPL and why it’s critical we stand together, once again, to oppose its fatally flawed Environmental Impact Statement.The Corps has done something awful. It selected Energy Resources Management — a member of the American Petroleum Institute, which participated in the lawsuit against Standing Rock and argued that the EIS wasn’t necessary — to oversee the EIS process. They put the fox in charge of the henhouse, creating a dire conflict of interest that should invalidate the entire process. The more comments we can generate in the days to come, the more we can make it clear that this is unacceptable and must be fixed.This issue is extra meaningful for me for a number of reasons. As you likely know by now, I was born and grew up here at Standing Rock, and I was arrested in 2017 for defending our homelands and water from this toxic pipeline. And now, in addition to serving as co-director and lead counsel for Lakota Law, I’m also working for the Alkire administration at Standing Rock. I have deep respect for Chairwoman Alkire, and it’s my goal to make sure that Lakota Law and I, personally, offer our assistance on outreach and amplification of key issues like DAPL.So, please stay tuned! This upcoming week, we’ll send you a link where you can go make your online comments to the Army Corps. Because we’re always fighting an uphill battle, we must stick and act together. As one voice, we can and will bring needed resources to Lakota Country and defend what is sacred. I love this place, and I thank you for all the support and care you’ve demonstrated over the years. Now, it’s time to stand with Standing Rock once again.Wopila tanka — my deepest thanks for being a good friend to Lakota Law and Standing Rock.
Chase Iron Eyes
Co-Director and Lead Counsel
The Lakota People’s Law Project—end of lakotalaw info–

Experts Detail Deadly Consequences Of US Drone Strikes To Senate

As so many people opine about what could have happened to encourage so many Republican politicians to be silent, a wild guess unrelated to evidence is blackmail.  Should we wonder about political disregard about perceptions of corruption that politicians are supposed to avoid?—-https://www.pogo.org/?utm_source=weekly-reader&utm_medium=email&utm_content=header-logo&emci=5bc212d2-778b-ec11-a507-281878b83d8a&emdi=87e35211-0c8c-ec11-a507-281878b83d8a&ceid=42183
Please indulge a personal pique….After a dust-up on corporate-owned-politically-influenced MSM toward anyone who mispronounced Kamela as being racist, what’s up with the obnoxious mispronunciation of Kiev as being similar to Steve?  Surely these talking heads know better.  The same applies to Moscow.  And as to mispronunciation of certain names as being racist, what about the laughable mispronunciation of Eastern European names in the USA….which are generally met with humor, not charges of some kind of “ism”?
Can we please get real.  And please correctly pronounce Kiev, Moscow, and even Putin.  It’s not that difficult.  This may matter to one due to a 4th grade teacher who insisted I incorrectly pronounce Moscow after I correctly pronounced the same.  Ugly American indeed.https://www.goodreads.com/book/show/40180100-the-ugly-american     –A piercing exposé of American incompetence and corruption in Southeast Asia, The Ugly American captivated the nation when it was first published in 1958. The book introduces readers to an unlikely hero in the titular “ugly American”—and to the ignorant politicians and arrogant ambassadors who ignore his empathetic and commonsense advice. In linked stories and vignettes set in the fictional nation of Sarkhan, William J. Lederer and Eugene Burdick draw an incisive portrait of American foreign policy gone dangerously wrong—and how it might be fixed.–end of goodreads info–apparently nothing got fixed.
We deserve better.      https://www.lwv.org/newsroom/press-releases/league-refuses-help-perpetrate-fraud–LEAGUE REFUSES TO “HELP PERPETRATE A FRAUD”

« CONTEXT
CAN WE ENTRUST THE PUBLIC WITH MONEY? »