WHOSE LIFE IS IT? 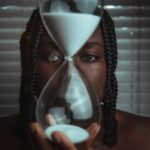 Parents seem deprived of the natural right to raise their own children in the manner they choose by a system that has become curiously totalitarian as applied to education.  This may set the mood for parental over reaction in self defense.  At the same time, one cannot imagine a better opportunity for parents to open discussion with their children after a topic is raised that may be uncomfortable to both.  That seems more of an opportunity for parents than a harm to children.  That our educational system seems used as a babysitting service for the convenience of commercial Establishment to promote a progress based on greed, privilege, and exploitation seems to expose a broader problem.

https://popular.info/p/the-war-on-library-books?token=eyJ1c2VyX2lkIjoyMTU0NTE0LCJwb3N0X2lkIjo0NjYwODEyMywiXyI6IitCcEYzIiwiaWF0IjoxNjQxMzk0Nzc4LCJleHAiOjE2NDEzOTgzNzgsImlzcyI6InB1Yi0xNjY0Iiwic3ViIjoicG9zdC1yZWFjdGlvbiJ9.gemAl81dAzQU0AdrCYn9ZAyURD7Ayu32_w_2TD2b3vw      –In Oklahoma, State Senator Rob Standridge (R) recently introduced legislation that would prohibit public school libraries from carrying “books that address the study of sex, sexual preferences, sexual activity, sexual perversion, sex-based classifications, sexual identity, gender identity, or books that contain content of a sexual nature that a reasonable parent or legal guardian would want to know about or approve of before their child is exposed to it.” Under Standridge’s legislation, parents are the sole arbiter of what books violate this standard. –end of popular info–
Expanded control by Establishment doesn’t seem to have resulted in enhanced societal safety pertaining to books any more than it has for terrorism—https://portside.org/2022-01-04/20-year-war-terror-was-amazing-success-if-you-were-terrorism—–It began more than two decades ago. On September 20, 2001, President George W. Bush declared a “war on terror” and told a joint session of Congress (and the American people) that “the course of this conflict is not known, yet its outcome is certain.” If he meant a 20-year slide to defeat in Afghanistan, a proliferation of militant groups across the Greater Middle East and Africa, and a never-ending, world-spanning war that, at a minimum, has killed about 300 times the number of people murdered in America on 9/11, then give him credit. He was absolutely right.——end of portside info—
Local-community autonomy has been disregarded in our hierarchical culture.  Perhaps ours isn’t the best system to support democracy.  Many people are using common sense to create the life that best serves local-community needs—-https://us02web.zoom.us/meeting/register/tZcuf-6uqj4tH9UBJHrYQwmEH6ELABtB14iR?utm_source=Friends+of+Slow+Money&utm_campaign=3cddd4e8e5-EMAIL_CAMPAIGN_2018_02_16_COPY_01&utm_medium=email&utm_term=0_e9ca84a3ec-3cddd4e8e5-81187573&goal=0_e9ca84a3ec-3cddd4e8e5-81187573&mc_cid=3cddd4e8e5&mc_eid=a6bfff80b0 –This month’s Beetcoin Dialogue will take place on Wednesday, January 12, at 5:00 MT and features Zoë Bradbury.Zoë operates Valley Flora Farm in Langlois, Oregon with her sister and mother. Their successful small, organic farm cultivates over 100 different crops, has a 100+ member CSA and a farmstand, and helps keep the pantry stocked at dozens of local restaurants, retail stores, and foodbanks.–end of beetcoin info—————-https://beetcoin.org/?utm_source=Friends+of+Slow+Money&utm_campaign=3cddd4e8e5-EMAIL_CAMPAIGN_2018_02_16_COPY_01&utm_medium=email&utm_term=0_e9ca84a3ec-3cddd4e8e5-81187573&goal=0_e9ca84a3ec-3cddd4e8e5-81187573&mc_cid=3cddd4e8e5&mc_eid=a6bfff80b0      –Beetcoin funds local non-profit groups that make 0% loans to small organic farms and local food businesses. As opposed to crowdfunding platforms that host individual transactions, this is a new kind of funding system—with emphasis on the word system. Here’s how it works.–end of beetcoin info–
For we who notice the richer are getting richer and the poor are getting poorer, a change in system seems logical.
Received from Veteransforpeace—https://www.veteransforpeace.org/pressroom/news/2022/01/04/occupy-biden-calls-declaration-climate-emergency?eType=EmailBlastContent&eId=f9df618b-a839-4830-bd96-a95675fab47e  –Why Biden? Recently, our president has echoed scientists in claiming that the climate and ecological crisis is a “code red” emergency for humanity. But actions speak louder than words, and Biden is failing to follow through on his rhetoric.–end of vfp info–
Bernie Sanders was well on his way to informing the electorate about policies that could enhance life according to principles of our democratic (small d) Constitutional republic.  His efforts continue in wake of a weak showing by his alternative—https://www.theguardian.com/commentisfree/2022/jan/04/bernie-sanders-labor-strikes  –And here is some very good news. While the corporate-owned media may not be actively reporting it, working people all over the country, with extraordinary courage and determination, are taking on corporate greed, and they are winning.The greatest weapon our opponents have is not just their unlimited wealth and power. It is their ability to create a culture that makes us feel weak and hopeless and diminishes the strength of human solidarity.And here is our new year’s resolution. Like the thousands of workers who stood up and fought courageously in 2021, we will do the same. No one individual is going to save us. We must rise up together.–end of theguardian info–

United Nations Official Also On The Board Of Shell Oil

What Can A 1970s Farmers’ Uprising Against An Energy Transition Teach Us?

If the general public feels helpless, authoritarian presumption is working.
We deserve better.      https://www.lwv.org/newsroom/press-releases/league-refuses-help-perpetrate-fraud–LEAGUE REFUSES TO “HELP PERPETRATE A FRAUD”

« THIS IS CAPITALISM
CRITICAL CROSSROAD »