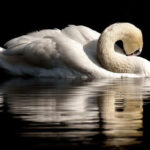 All of Independent Sanders, Democratic Schumer, and Republican McConnell could exhibit patriotism and adherence to Oaths of Office by removing censor in debates of 3rd-Party candidates such as Green Party Howie Hawkins—

https://www.nationofchange.org/2020/09/17/as-trump-sows-chaos-sanders-and-schumer-call-on-mcconnell-to-hold-public-hearings-help-restore-confidence-in-election-integrity/–In order to combat those sowing chaos and backing conspiracy theories about possible results, Sen. Bernie Sanders and Senate Minority Leader Chuck Schumer sent a letter Wednesday to Republican Senate Majority Leader Mitch McConnell urging him to create a bipartisan committee to “guarantee the integrity of our election process” ahead of November voting. 15926005766?cn=ZmxleGlibGVfcmVjcw%3D%3D&refsrc=email—RT –Heads Up—This is not a news report.  This is opinion developed from many sources, some of which are included for clarity, rebuttal, and transparency, and is the Free Speech that shares ideas.
–end of nationofchange info–
https://twitter.com/CELDF/status/13062346
: Sign up to hear Indigenous leaders speak on the Rights of Nature on Turtle Island and why it is critical at this time o…
—end celdf info–
In Solidarity with the ancestors from which were borrowed the origin of principles for our US Constitution—https://mailchi.mp/oneida-nation/oneida-indian-nation-report-january-2020the-oneida-indian-nationreaffirms-its-commitment-to-environmental-sustainability-4598224?e=164b4d6ef1——-

end of oneida info–
Hmmm….couldn’t have said it better myself—–https://orionmagazine.org/2020/09/forming-a-more-perfect-union-through-indigenous-values/?mc_cid=e9b177fce7&mc_eid=4e23a57723–Relationship with the natural world—reengagement with the life force of this planet—occurs, to the Haudenosaunee, through the women who are life-givers. This matrilineal clan system is the oldest participatory form of democracy recognized in the world today. The Haudenosaunee Confederacy Grand Council still meets, as it did thousands of years ago, at its capital and place of origin—the Onondaga Nation longhouse. Onondaga remains the heart and Central Fire of what is now six confederated nations: Mohawk, Oneida, Onondaga, Cayuga, Tuscarora, and Seneca.–end of orionmagazine info—

Neither leg of the Democratic/Republican duopoly are dealing with the environment—https://www.desmogblog.com/2020/09/14/oil-industry-s-shift-plastics-question-report-warns-400-billion-stranded-assets-possible?utm_source=DeSmog%20Weekly%20Newsletter–“They knew that the infrastructure wasn’t there to really have recycling amount to a whole lot,” Thomas, now turned whistleblower, told NPR.Nonetheless, the plastics and oil industries forged ahead.
–end of desmogblog info————-Trump doesn’t pretend to care about the environment.  Biden mouths lies about challenging Climate Change while he says we will continue to frack the USA.  The hypocrisy is dangerous.
Please read this beautiful interpretation of a happenstance in NYC.  To introduce stark REALITY, one recalls women are seldom free to wander our wilderness without a touch of fear, and surely the birds will suffer with the Biden fracking promotion—-https://orionmagazine.org/2020/09/between-earth-and-sky-choices-remain/?mc_cid=e9b177fce7&mc_eid=4e23a57723—-Interpretations informed by racialized narratives distort possibilities. A body pressed against concrete can be at once an individual who committed a crime but also a loving father and kind soul. This applies to a body out for a jog or a man enjoying the simple existence of bustling birds. Those bodies deserve more than one interpretation, but fear overrides the multiplicity for a stereotype. In the wild — man’s wild — the bodies that indeed speak, offering alternative viewpoints of their existence, often have little hope of being heard. Their realities are inscrutable for a lack of interpretation.
—end of orionmag info—————When the wild is respected, perhaps both women and men will also find peace.  To interject crass politics, so far greed is winning.  The proof is in the Presidential candidates.

Do Birds Value Birdwatchers?
Censorship is a political tool of dictatorships and it is expanding in the USA under the corporate Democratic/Republican duopoly.  Trump and Biden promote pay-to-pay health insurance rather than a comprehensive public health care policy covering everyone, and they both are gung-ho for fracking.  If even the censorship within the Republican/Democratic duopoly permit any debate between candidates, neither of Biden or Trump will wish to debate Howie Hawkins and Angela Walker.  The reason is the voter will be reminded of the hypocrisy of the Democratic/Republican duopoly about positions that are important to We The People.  Please do not be frightened out of knowing the integrity of the candidates that are censored out of debates.  Demand debates including Howkins/Walker, if they have been excluded from the ballot in your state, learn how to write in your vote for them if you wish, and understand the policies that will be lost under a Republican/Democratic duopoly monopoly of the government that is now “run like a business”.  On a continuum, this is organized crime.

https://us20.campaign-archive.com/?e=0321af3aa9&u=b41d63c12ee29143634ebbb28&id=dbf490eef4——-
Let’s be honest: these are legitimate setbacks.  But in both Wisconsin and Pennsylvania (and other states), we’ll be filed as write-in candidates, so that people who demand change will have a method to make those demands.We won’t take this lying down.  We mourn for a moment, and now it’s time to organize.We will be pushing hard in these write-in campaigns, to ensure that the Green state parties of Wisconsin and Pennsylvania and others have a strong foothold to rebuild with an influx of new supporters.  Our organizers are ready, and now they need your help to put resources in their hands.—end of hawkins/walker info–
sirota.substack.com/p/the-good-news-america-is-not-dead?token=eyJ1c2VyX2lkIjoyMTU0NTE0LCJwb3N0X2lkIjoyNjI2NjQ1LCJfIjoiaGppUkEiLCJpYXQiOjE2MDA0NTY5MDUsImV4cCI6MTYwMDQ2MDUwNSwiaXNzIjoicHViLTM3Nzc4Iiwic3ViIjoicG9zdC1yZWFjdGlvbiJ9–Polls show Americans now see economic inequality as a huge problem.
have to know that there may not be instant gratification from our toil. –end of sirota.substack info—————–The good news is we get to see what we are made of.

Many people are disappointed with the political games that shoe-horned into the Presidential candidacy, light-weights Biden/Harris.  One supposes big-money interests/cable channel news Shows get what they propagandize.  So those with the backbone to continue the struggle to maintain our democratic (small d) Constitutional republic, will simply continue in dignity.
https://sirota.substack.com/p/where-is-bidens-ground-game?token=eyJ1c2VyX2lkIjoyMTU0NTE0LCJwb3N0X2lkIjoyNDQxNTQyLCJfIjoiaGppUkEiLCJpYXQiOjE2MDA0NTc0MTksImV4cCI6MTYwMDQ2MTAxOSwiaXNzIjoicHViLTM3Nzc4Iiwic3ViIjoicG9zdC1yZWFjdGlvbiJ9.8lKW0kURCWpOe5e3h9yD9Lt8XlJW1RhwChIMur02yIs–But Biden’s volunteer operation is still smaller than the one built during the primary by Bernie Sanders, with just seven weeks to go until the general election.

–end of sirota.substack info–
If Bernie Sanders supporters are weary, and Howie Hawkins supporters are disillusioned, the FACT is to give up on a better future is not an option.  People are coming along we will never know or see.  They are worthy of the support from their ancestors—https://mailchi.mp/ourchildrenstrust/standing-in-solidarity-1021226?e=b22f370248–My colleagues at Our Children’s Trust—many of whom were watching the oral arguments live online—share my optimism that our youth will finally have the courthouse doors opened to them and their constitutional claims heard and decided. The judges listened attentively as I argued the foundation of our youth plaintiffs’ case: that these young people have a constitutional right to a stable climate and that their case is appropriate for judicial review. The judges also peppered the attorney for the State with comments and questions. During one particularly powerful moment, Judge Mann stated, “For the last seven days I can’t go outside. If I go outside, I’m threatening my life. I have asthma so I have to stay inside with the windows shut. I don’t have an air conditioner. Why isn’t that affecting my life and my liberty?”
–end of ourchildrenstrust info—

https://www.youtube.com/watch?v=QZMtBgFSlf0—————Ask Howie & Angela #24  —  Rachel Maddow says Howie Hawkins and Angela Walker are Republican opps?  Well, in 2016 Jill Stein was castigated by cable channel MSM as Russian opps, so its getting milder in bigotry….perhaps.
The role of social movements is to make demands.  So reminds Howie Hawkins.  So why are current Republican/Democratic social movements silent?  Perhaps because there is no social movement.

A vote for Green Party Presidential candidate Howie Hawkins is to ensure that you honor your own voice—-https://www.c-span.org/video/?473680-3/washington-journal-howie-hawkins-discusses-green-party-platform—

Green Party presidential candidate Howie Hawkins discusses his 2020 campaign for the White House.—end of c-span interview with Howie Hawkins—-       Howie Hawkins expresses the view that Democratic voters or Republican voters will not propel the Green Party, but rather the enormous number of disenfranchised voters who never make it to the polls, in abject disgust of the system of exclusion and lies……………………last 10 words not Hawkins’  …(paraphrase0