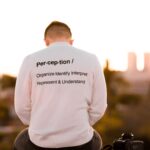 Tyranny hasn’t historically been expressed, debated and then voted into reality.  Tyranny more typically is a slow immersion byway of propaganda, lies, persuasion and control by hierarchical greed and privilege.  Often tyrants pose as saviors.  The public doesn’t need a savior.  The public needs human and environmental rights.

Free markets are not synonymous with capitalism or communism—https://popular.info/p/how-concentrated-corporate-power?token=eyJ1c2VyX2lkIjoyMTU0NTE0LCJwb3N0X2lkIjo0MzgwNTIwMywiXyI6Ik1IZDgvIiwiaWF0IjoxNjM2NTU2NDM5LCJleHAiOjE2MzY1NjAwMzksImlzcyI6InB1Yi0xNjY0Iiwic3ViIjoicG9zdC1yZWFjdGlvbiJ9.VCE3ndkjWPW9_W6j-TGZqVEE4vIKzOsS_xEVtY94ses      –In competitive markets, profit margins should approach zero, as long as there are reasonable substitutes available for a given product. But corporate profits as a share of the American economy have risen dramatically over the last two decades, from 5% of GDP to nearly 12%.Data provided to Popular Information by Accountable.us told a similar story across a range of industries. Corporations that are raising prices are also amassing huge profits and spending billions of stock buybacks. While a variety of factors are at play, insufficiently competitive industries have stripped consumers of bargaining power. The costs of these price increases are often borne by those who can least afford them and the benefits go to wealthy shareholders and executives. “–end of popularinfo info–

The cynical silence on the topic of price fixing and monopolies from our bureaucrats and politicians presents the perception if not the reality of corruption—
Capitalists have captured a concept that they are free market entities that doesn’t seem FACTual.  A local anecdote is worth sharing.  My experience over 50 years of interaction with local privately owned veterinarian services has suddenly been replaced with what I have been told by the veterinary staff is a corporate-owned business with the corporation having bought up all of the veterinary businesses in our region.  As an example, a routine procedure for one of my dogs that he needs every 6 weeks or so, began with a fee of $10 when the veterinary office was privately owned.  After the corporate takeover the fee increased first to $20.00, then to $21.00, and most recently to $40.00.  The procedure takes about 7 seconds to do with no equipment necessary.  When I asked about the impressive charge and said I thought it was predatory, the staff member of the veterinary office said that while it may be predatory, I would find no lower price due to the corporate takeover of most veterinary offices.
I’ve contacted Broome County Humane Society, Chenango County Humane Society, the Press & Sun Bulletin, Joe Angelino, Claudia Tenney, Donna Lupardo, and Letitia James, with a solution of enabling to the public, veterinary services through Humane Societies or rescue-dog facilities, with the inordinate and predatory fees going to these organization where pets whose families cannot afford services, will be dumped.  If we are to be exploited, the extraordinary fees would better go to support dumped family pets than to a corporation that may be responsible for the situation.
I’ve heard nothing coherent in response.  This should be a situation to which many people can relate.———
I also shared an anecdote about a conversation about a popular hair shampoo that when used made hair fall out.  The recipient of this info replied that her hair dresser in a mandated refresher course had told her to steer away from this brand for precisely this issue.  What comes to mind is the low-hanging fruit for lawmakers of mandating a sole proprietor into refresher courses on her trade while ignoring an international corporate brand shampoo with a reputation of making the user’s hair fall out.–end of previous info about an apparent commercial slight-of-hand in Upstate NY that probably impacts a majority of families——-
This morning, heard on any of C-Span, the local news, or Morning Joe, one doesn’t remember which, was info that the government would mandate IRS surveillance of commercial Paypal accounts that generated more than $600 in a year at the same time billionaires pay nothing in tax.  This seems like personification of oligarchy.
Couple this with a C-Span caller who mentioned that Terry McAuliffe had primaried 2 black women, and then lost to a Republican, and this seems similar to the Democratic Establishment that undermines ability of voters to choose freely, their candidate for public office, as happened to Bernie Sanders.  Indeed Joe Biden won the election, but to what end?
Another type of capitalism seems apparent as compared to free market principles that have been confused as being associated with each other–https://portside.org/2021-11-09/hidden-side-fossil-fuel-investments-private-equity    –Much evidence suggests that neither the general public nor government regulators fully understand the environmental and community impacts of private equity’s energy investments. The simple reason is that, unlike publicly traded fossil fuel companies, the multi-trillion-dollar private equity industry’s fossil fuel investments are not subject to most public disclosure rules.–end of portside info–

Capitalism like communism depends on double-talk.  This info has been shared in the past but is relevant–Monitization (sic) of both people and environment for profit is precisely implicit in capitalism.  Is this truly what you want for your family?  –https://popularresistance.org/wall-streets-latest-scheme-is-monetizing-nature-itself/      –[E]ven the creators of NACs admit that the ultimate goal is to extract near-infinite profits from the natural processes they seek to quantify and then monetize….Framed with the lofty talk of “sustainability” and “conservation”, media reports on the move in outlets like Fortune couldn’t avoid noting that NACs open the doors to “a new form of sustainable investment” which “has enthralled the likes of BlackRock CEO Larry Fink over the past several years even though there remain big, unanswered questions about it.”Webb cites researcher and journalist Cory Morningstar, who maintains that one of the aims of creating “Nature’s Economy” and packaging it via NACs is to drastically advance massive land grab efforts made by Wall Street and the oligarch class in recent years, including those made by Wall Street firms and billionaires like Bill Gates during the COVID crisis. The land grabs facilitated through the development of NACs, however, will largely target indigenous communities in the developing world.–end of popularresistance info–

NACs seem to be the modern version of the Discovery Doctrine  –http://ili.nativeweb.org/sdrm_art.html              –When Christopher Columbus first set foot on the white sands of Guanahani island, he performed a ceremony to “take possession” of the land for the king and queen of Spain, acting under the international laws of Western Christendom. Although the story of Columbus’ “discovery” has taken on mythological proportions in most of the Western world, few people are aware that his act of “possession” was based on a religious doctrine now known in history as the Doctrine of Discovery. Even fewer people realize that today – five centuries later – the United States government still uses this archaic Judeo-Christian doctrine to deny the rights of Native American Indians.–end of discovery doctrine info–
—end of cop26 and nac info–
Hear those at Cop26 who are speaking reality——https://portside.org/2021-11-09/cop-26-island-nations-demand-action-funding-and-emissions   –Island nations, which include 47 countries, representing a population of 730 million and 5.3 percent of the globe’s land mass, are among those that have contributed the least to climate change and global greenhouse gas emissions yet are disproportionately suffering their impacts. These effects include sea level rise, ocean acidification, drought, and salinization of soil and water wells, each of which impacts food supplies.–end of portside info–
Denial won’t stop the reality.
https://mailchi.mp/popularresistance/3sc8ao6dcc?e=1b0a9c0541      —

Farmers In Solidarity With Striking Workers

Perhaps if we can step out of the Establishment label of socialism or ideas of Marx, we can learn about the ubiquitous ideas rather than hierarchical that are extant around the globe and over millennia—   https://www.counterpunch.org/2021/11/09/on-writing-history-from-below/      —JD: What role did maritime economic life play in the circulation of radical ideas at the dawn of capitalism? We are interested in the idea of ​​the “proletarian public sphere” that you describe in some of your recent works. Were those radical ideas connected with what was happening on earth, with the different levels of enclosures, the progressive dispossession of the European working classes and the American colonization?MR: This is an important theme. The truth is, radical ideas have been circulating for as long as there have been people on boats to carry them. If you go back to Utopia by Sir Thomas More, it begins with a sailor who came home from the sea and told the story about people who lived without private property. Such circulation was common.We need “intellectual history from below.” How can we think about workers as thinkers, as people who are more than brute labor? JD: One of your premises is that these revolts of slaves, sailors and pirates are part of a coherent opposition to capitalism. It was clear that they resisted what we now call capitalism and that they experienced expropriation and dispossession. There is a bias that indicates that resistance to capitalism began with the consolidation of an industrial working class. Perhaps it all stems from the fact that when the industrial working class appeared, it began to have a more complete idea of ​​what a future society would be like, a postulation of a radically new society. Do you think that one must postulate a new society to resist the existing one? And in that case, did these forms of resistance have an idea of ​​a new society? Or was it a reactive resistance?MR: Marx says that capitalism began in late 16th-century England. It is also true that communism as we know it, has an even older history, mostly among radical Protestants in Europe and especially in England. And in the struggle for the commons, the English Revolution was very important, as Christopher Hill wrote.–end of counterpunch info–
And these views don’t even include the relentless contribution from women.
We have much work to do.