3 MEN IN A ROOM POLITICS 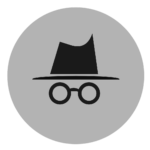 The public has no idea what goes on behind closed doors pertaining to politics.  In NYS this was called 3-men-in-a-room politics.  Or was it 2-men?  Who knows?

An Open Letter to Bill Gates on Food, Farming, and Africa

The Distorted Lies About Sri Lanka’s Organic Pathway–These articles’ familiar false narratives, untruths, and language style show that they were written spin doctors from a PR company employed by pesticide/big agriculture cartels. They were cut and pasted by poor-quality journalists who did not fact-check.

From popularresistance —    https://popularresistance.org/growing-worker-co-ops-in-vermont/                    –Alex and Andrew share their individual and combined passions for democratized workplaces and their beliefs that changing the very structures of jobs, equity and community will transcend society.

Military arms are destroying the infrastructure of Ukraine as the US sends more of the same.  Ukrainians might need generators and blankets more.  Or maybe peace, even if that means no NATO on the doorstep of Russia.

Last week, Ukraine fired at least one missile into Poland, killing two Polish civilians, with the aim of blaming Moscow and drawing NATO directly into war with Russia.

To date, this brings the value of US weapons shipments to Ukraine to $19.7 billion, a figure the Biden administration proposed to double in a funding request sent to Congress last week.–end of countercurrents info–

Who benefits from this war?

In the very outset of the war, the stocks of the top war manufacturers such as Lockheed Martin skyrocketed. An October 2 headline in Barron’s read,

Hospital Billing Is a Crime Against American Patients

A visit to a hospital in Europe is an eye-opener to the many ways monopolized U.S. hospitals pad their profits with unnecessary costs.–end of portside info–

The USA seems to support predatory service for the public.  This has little to do with a free market and specifically seems to benefit the middleman.  Alternatively a system could be more nearly similar to other modern and industrialized nations and the USA could provide a 1-payer universal health care system.  This would provide more equality in health care at costs that are affordable and also promote the concept allowing medical personnel to function according to their job description rather than as bookkeepers.

A reason the well-thought out ideas of a 1-payer system as promoted by Bernie Sanders was trashed in favor of a for-profit disease-care system seems to be endorsements by politicians purchased via Citizens United, by campaign donors who may be those middlemen so profiting.

As many of us gather with family today — a “holiday” that people in our communities understand as a deeply problematic celebration of colonialism and genocide — I’ll choose to highlight a recent victory for Native America. You may recall that, a few months back, we asked you to help the Cherokee Nation seat a congressional delegate. Here’s the good news. About a week ago, after nearly two centuries of delay, Congress held its first ever hearing on the subject — and it went very well!

To be clear, it isn’t a done deal. However, as NPR accurately reports, last week’s House Rules Committee hearing represents by far the biggest step the federal government has ever taken toward fulfilling a promise it made to the Cherokee way back in 1835’s Treaty of New Echota. And while we can’t celebrate prematurely, the U.S. government making progress toward doing what it said it would for any Native nation is historic and a reason for optimism.

So now what? Let’s keep the pressure on. Cherokee Nation Principal Chief Chuck Hoskin gave Lakota Law an informative interview about why it’s time to seat Kimberly Teehee as the Cherokee delegate to the House of Representatives, and that discussion is available to watch on our action page. If you have not already done any of the following, I urge you to make the time to watch the interview, send a message to your reps, and use the social media buttons on our action page (and perhaps dinner table conversation) to share this timely advocacy with your circle.

Given the tenor of the Rules Committee hearing and the outpouring of support by people like you, Chief Hoskin is confident the Cherokee can make history for Native representation in the halls of power as soon as this calendar year. Let’s help him make it happen!

Wopila tanka — thank you, and I wish you a good day of connection.
Chase Iron Eyes
Co-Director and Lead Counsel
The Lakota People’s Law Project

Qatar World Cup – This Goes Deeper Than You Know

The FIFA World Cup 2022 is well underway and many of its fans are watching the “Beautiful Game.” As many know, this year the World Cup is being held in Qatar and began two days ago.–end of wildhunt info–

Meanwhile in the USA   –The many forms of  censorship.  —   https://wildhunt.org/2022/11/tuscumbia-festival-of-yule-opposed-by-christians.html  –The fact that the City Council’s job is to handle the business of the City and not to dictate religious practices seemed to be lost on the majority of those who felt the need to speak out against the event.