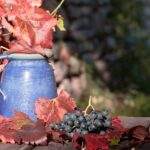 World peace is a good way to honor our Veterans and to challenge Climate Change, by the way.

https://www.veteransforpeace.org/take-action/armistice-day/2022?emci=d7a5ab2a-f861-ed11-ade6-14cb651ee1db&emdi=6879e401-746a-ed11-ade6-14cb65342cd2&ceid=10527506   –Veterans For Peace Chapters and Members across the U.S. and abroad once again took the lead to #ReclaimArmisticeDay as a “day dedicated to the cause of world peace,” as it was celebrated at the end of World War I when the world came together to recognize the need for lasting peace.

Stop War, Save Climate – This year, Armistice Day coincided with world leaders convening in Egypt for the UN Climate Change Conference (COP27) to make speeches about the importance of addressing the climate crisis. VFP and allies took action to call on the US Government to live up to its rhetoric by disclosing the carbon impacts of military operations and taking meaningful action to address the climate crisis.

For anyone who doesn’t know about Scott Ritter, he was one of the minority of voices pleading with the US public to question the Bush/Cheney story  line of Iraqi WMD’s.  Generally war as a knee-jerk reaction should be questioned.

From popularresistance  —  https://popularresistance.org/daniel-ortega-what-we-are-faced-with-is-a-gang-of-assassins-who-control-the-global-economy-who-control-atomic-weapons-and-who-commit-crimes-every-day/               — So say it, Mister Secretary of the United Nations, have the courage to say so and not come out with the story that we are all committing suicide.

No one here wants to commit suicide, here what we are faced with is a gang of assassins who control the global economy, who control atomic weapons and who commit crimes every day. They commit crimes even in their own countries, they live killing themselves there, killing children, killing students. It happens every day, hardly a day passes where such news is not there in the United States.

From popularresistance  —  https://popularresistance.org/water-protectors-serve-eviction-notice-to-us-navy-command/                   –Puʻuloa, Hawaiʻi – On the anniversary of the 19,000 gallon fuel spill that led to the poisoning of Oʻahu’s sole source aquifer and thousands of families, water protectors from across the island presented an “eviction notice” to Navy leaders for numerous Navy and Department of Defense actions that have continually threatened and harmed the lands, waters, and people of of Hawaiʻi – including the Navy’s ongoing refusal to properly address the existential threat posed by the Red Hill Bulk Fuel Storage Facility.

Who cares which nation is acting responsibly, as long as it promotes the safety of Mother Earth?—-

Ready for a new Thanksgiving tradition?—

From lakotalaw  — It’s a time of year for both reflection and action. As we approach our second annual Wopila Gathering on Giving Tuesday, Nov. 29, I invite you to watch our new video, in which my granddaughter, DeCora, and I talk about the meaning of wopila. Appropriately, this Lakota word signifies a giving of deep thanks and honoring of our best potential, every day.

In that spirit, on this Thanksgiving week, I ask you to give back in support of Native communities and Indigenous justice by donating to Lakota Law. Thanks to a wonderful warrior donor, all donations to Lakota Law are fully matched right now through the end of Giving Tuesday. Anything you can contribute all week long will be doubled, increasing the impact your generosity makes.

Now, let’s talk turkey. For many, this week’s “Thanksgiving” holiday signifies bounty and togetherness. But for us, this same holiday — known as Thankstaking in our family and many other Native ones — symbolizes the price paid by Indigenous communities once the pilgrims set foot upon these shores. As I’ve mentioned before, the Thanksgiving origin story taught in grade school is nothing but a harmful myth meant to obscure the realities of stolen land and the genocide of Native peoples.

Then there’s the commodification that follows the myth. Our consumer culture teaches us that as soon as we’re done filling our stomachs, it’s time to go shopping! “Black Friday deals” assault us everywhere we turn. Perhaps if we distract ourselves with enough stuffing and then enough stuff, we can forget all about the dark history that got us to this point.

But all that said, we do have much to be thankful for. For instance, I’m grateful that someone, somewhere created Giving Tuesday as a way to offset all the taking. I’m grateful that I get to make change happen with Lakota Law, and that our team created the Wopila Gathering as a way to give back to you. And I’m thankful to be in the company of so many talented Indigenous people working on this project. In addition to DeCora and I, this year’s event lineup also features Lakota Law co-director Chase Iron Eyes, our legal analyst Wašté Win Young, and her mother, my longtime partner in the fight for Native justice, Phyllis Young.

So please join us on Giving Tuesday at the Wopila Gathering! It’s going to be a special day and a valuable opportunity for us to advance the conversation on issues most important to the Indigenous communities who have given so much to this land and all her people.

Wopila tanka — thank you for being your best self and joining us on this journey toward justice!
Madonna Thunder Hawk
Cheyenne River Organizer
The Lakota People’s Law Project

P.S. Please support our mission for Native justice by giving what you can this week. All donations are matched and your impact will be doubled every day through Giving Tuesday, Nov. 29. I can’t wait to see you at the Wopila Gathering!–end of lakotalaw info–

From nativeorganizing.org——-This week of Thanksgiving, let’s honor our resilient communities and our grassroots work towards Native self-determination and sovereignty.

Here are some political and cultural victories from this Native American Heritage Month so far:

Indigenous people have always organized for our rights — and we are not stopping now. We’re going to keep building off these wins to protect Native sacred places, strengthen our sovereignty, and more.