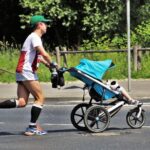 The topic of the awkward Trump tariff has roiled in one’s mind for some time, and it is mystifying that few others notice this albatross around the neck of the US public.  Typically a tariff is imposed in order to balance American imports and exports to enhance exports over imports to accomplish the end of cash flowing into the USA  rather than out of the USA.  The US governing body duopoly of Democrats and Republicans have collaborated over years to send manufacturing and jobs overseas.  And so to place a tax upon imports accomplishes nothing other than further taxing the US consumer.  One has heard bureaucrats ‘splain away the Trump tariff by saying it was implemented for geo-political reasons.  This charmingly snarky ‘splanation is typical of the jargon that passes for news these days.  And too many of the public smiles and nods and says “oh, okay”.

If a disconnected and clumsy Administration would put in place such an oddity as the Trump tariff, why would the next Administration continue such an inflation generator?  Apparently I couldn’t see the forest for the trees.  Stepping back and considering the last several decades, suddenly the answer popped out.  Please bear with opinions about the path of transformations over the years that has resulted in virtual fascism and the Trump tariff—-

*These establishments provided dignity in employment for local families, along with unique diversity in products and consumers

*NAFTA was a trade agreement that was heavily protested by people who predicted that globalism would undermine American workers, and they seemed to have been correct

*These trade agreements aren’t free market, and as Obama warned, “there will be winners and losers”

*It isn’t the business of trade agreements to enforce loser status upon the American public to prioritize corporate interests, many of which are big-money campaign donors

*With destruction of many Mom and Pops by government edict, ability for local-community members to run sole proprietors has diminished dangerously

*However, many entrepreneurs recently have taken advantage of the internet to purchase product from the same low-income workers in foreign nations who are used by multi-natinal corporations

*Stores in the US owned by sole props could, therefore, purchase product inexpensively and therefore earn a living

*The Trump tariff, even if unintended, is functionally stopping the ability of free market actions by local-community entrepreneurs that could bite into the business of chain commerce that is also big-money campaign donors

*Also, it feels like government/corporations have a vested interest in maintaining dependence by the public upon corporations/government

*However, one believes bureaucrats are quite aware of the impact of their actions

*The tariff seems to prohibit sole props from using globalism in their businesses, while corporations can pass the Trump tariff on to consumers while the US government collects the tariff

*Taxation of corporations protects the owners (stockholders) from absorbing the Trump tariff, while sole props are those who absorb the tariff

*That MSM hasn’t raised any of these issues and adds to suspicion that the same journalists who laughably recently spread the propaganda of the “red wave”, are also either ignorant or sufficiently remunerated to ask no questions about the Pyramid-Scheme economy

And so we have government run like a business which on a continuum appears to be organized crime.

While government/MSM urges the public to accept globalism in order not to be “isolationists”, MSM/government indoctrinate the public into servile isolation.  What’s up with that?

UN Chief Says We Are On ‘Highway To Climate Hell’

And a few thoughts on a more universal level—-

From international solidarity  —  https://www.atlasobscura.com/places/kindred-spirits-sculpture               –THE YEAR 1847 WAS AN extremely difficult one for the Irish people. Known as “Black 47,” this was the worst year of the famine in Ireland, where close to one million people were starving to death. Humanitarian aid came from around the world, but the unexpected generosity of the Choctaw Nation stands out, and began a bond between the two people that continues to this day.

And yes, I once more wrote in for NYS governor, Howie Hawkins, because democracy without independence makes no sense.  What would be the point?