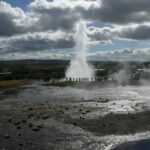 It’s not so much about ejaculation, Choice, and abortion as it is about an ability to entertain a different perspective away from the current inculcation by patriarchal hierarchy. The exploitation by hierarchical patriarchy of placing responsibility on women along with denying action toward that responsibility seems criminal.  Add to that an economic system that worships money as a fetish in place of money as a tool of economics, and a system of tyranny seems complete.  That those who have risen to the top in this sadism make and enforce the rules isn’t surprising; but that some women have accepted their place in this system is surprising.

“Ejaculate Responsibly,” a new book written by a self-described “religious mother of six,” argues that “men cause all unwanted pregnancies” — and, therefore, should be the focus of abortion debates.–end of tweet—–

By the way, I was first alerted to this book (but not the perspective) by Katy Tur of MSNBC.

The elderly are to a large extent American workers from a past era, and at least half are women.  The ways to exploit and undermine by patriarchal hierarchy are numerous. —

In the 1960s, more than a third of seniors lived in poverty. Federal programs like Medicare to help the elderly, the situation improved significantly. But last year, the poverty rate for those 65 or older increased, even as it sank for everyone else.–end of portside info–

If the role of government is to respond to and protect citizens, the USA is a failed state.

Preamble to The Constitution  — “We the People of the United States, in Order to form a more perfect Union, establish Justice, insure domestic Tranquility, provide for the common defense, promote the general Welfare, and secure the Blessings of Liberty to ourselves and our Posterity, do ordain and establish this Constitution for the United States of America…

Natural rights over arch any document, and seem to pertain to human and environmental rights along with rights of nature.

The background of hierarchical inculcation expands beyond individual groups.  About 50 years ago I heard from an elderly woman who said she participated with the Ku Klux Klan in the Southern Tier  of NYS, that they burned crosses on the lawns of Roman Catholics.   Coincidentally the 1920’s in the Southern Tier of NYS was an era of important immigration from Europe where Roman Catholicism thrives.

Reference is made that desecrating oft this Mr. Rushmore Native region was funded in part by the Ku Klux Klan in the 1920’s.

To see the thread of tyranny throughout history is an important achievement.  To ignore it is asking for more of the same.

Consider an association between trauma and addiction (as in compliance to patriarchal hierarchy, for example).

https://www.youtube.com/watch?v=ttu21ViNiC0       –Sep 24, 2022 In his revolutionary new book, The Myth of Normal: Trauma, Illness, and Healing in a Toxic Culture, renowned physician Gabor Maté, MD eloquently dissects how in Western countries that pride themselves on their healthcare systems, chronic illness and general ill health are on the rise. Nearly 70 percent of Americans are on at least one prescription drug; more than half take two. In Canada, every fifth person has high blood pressure. In Europe, hypertension is diagnosed in more than 30 percent of the population. And everywhere, adolescent mental illness is on the rise. So what is really “normal” when it comes to health?