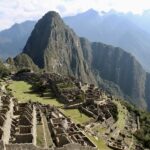 Simplicity probably offers the most clarity and this is FACTual in language as much as in anything.  Is it a coincidence that the English-speaking world has been at the forefront of exploitation and imperialism and that the language is intricate, while less aggressive societies are known to have fewer words but perhaps with more emphasis on emotion?  Who knows, but this is an interesting topic of thought on a dreamy Fall day.  May we still be capable of dreaming.

Not as much as we appreciate you—–https://twitter.com/LakotaMan1/status/1579528231484809216       –When I started this account I wanted only an exclusive Native following. However, the outpouring of unconditional support from my non-Native alliance has changed all that. I now feel so incredibly blessed to have you with me. I see you — I appreciate you.

European competition and exploitation can learn from Indigenous dignity and self-possession.  In FACT, one hears reports that in NYS, lawmakers are contemplating a replacement of Columbus Day with the growing good sense of Indigenous Peoples Day.

https://www.nysenate.gov/legislation/bills/2019/s8553     –Changes the designation of the public holiday of Columbus day to Indigenous People’s day.

Establishment challenge is real, but eventually in NYS, intellectual honesty can succeed.  This is another reason I love NYS.

The FACT of Indigenous contribution to principles ensconced in the US Constitution deserves no less.

I am fairly certain the Prentice-Hall textbook I was using had excerpts from the Iroquois Constitution in it. And that was my first exposure to the notion that the U. S. Constitution wasn’t born fully formed from the heads of our Founding Fathers, like Athena from the head of Zeus.

The [Haudenosaunee] constitution, also commemorated on Wampum (beads fashioned from the shells of whelks and quahog clams), included more than a few familiar concepts: a restriction on holding dual offices, processes to remove leaders within the confederacy, a bicameral legislature with procedures in place for passing laws, a delineation of power to declare war, and a creation of a balance of power between the Iroquois Confederacy and individual tribes, according to later transcriptions. Founding Fathers such as Benjamin Franklin were in regular contact with the Iroquois Confederacy, and Great Council leaders were invited to address the Continental Congress in 1776. (Wali)

You can read the Constitution here, along with commentary by Gerald Murphy, who remarks, “You will find it very difficult to keep in mind that it survives after some 500 or 600 years, and was originated by people that our ancestors mistakenly considered as ‘savages.’” PBS also has an article about how the Haudenosaunee Constitution influenced the U. S. Constitution.

The United States has perpetrated a genocide against Native people. The erasure is compounded by the fact that we do not bother to teach the truth about Native people and Native history in our schools.

“LANDBACK is going to do a whole hell of a lot [to address climate change] because one of the most significant acts of decolonization we can do is returning lands,” said Nicholas J. Reo, a citizen of the Sault Ste. Marie Tribe of Chippewa Indians and an associate professor of Native American and Indigenous studies and environmental studies at Dartmouth College.

Indigenous People are those who inhabited a region pre-colonization and industrialization, in one person’s view.    One alludes to the Haudenosaunee for 2 reasons.  One resides on the traditional homeland of the Haudenosunee in NYS, and the precepts of governing form for the principles of the US Constitution were borrowed from the Haundenosaunee by The Founders.  Some people see The US Constitution to have become as colonized as the original inhabitants of this continent.

Lifestyle of most Indigenous People around the globe seem to be quite similar.

The underlying principles of Indigenous community seem to be the healthiest for both people and nature.  Unless one is in denial about a Pyramid-Scheme economy that exploits nature and people for profit, and the impact of Climate Change, we need to consider a lifestyle that won’t kill us. Native Americans seem to have the longest history of defying exploitation and maintaining core principles as possible.  Who would ignore this example?

An interesting intellectual oxymoron is revealed in regions that cling to a type of Columbus Day in provincial defiance, while promoting Columbus Day as a type of progress in an act of hubris that suggests seeing Indigenous Peoples Day as beneath them.

While Columbus Day affirms the story of a nation created by Europeans for Europeans, Indigenous Peoples Day emphasizes Native histories and Native people – an important addition to our ever-evolving understanding of what it means to be American.–end of portside info–

Building An Indigenous Agenda To Decolonize The United States

The FBI Is An Enemy Of Indigenous Liberation