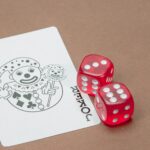 C-Span asked the question this morning, “can the government get inflation under control”.   A better question could be the reason the Trump Administration began the trajectory of snow-balling inflation.

One would be happy to explain this view.

Over a 45-year career in finance, routinely heard had been policies of attempting to balance what was once called the “trade deficit”, which when out of balance reflected a lagging US economy,  In past decades the US government corrected this anomaly by placing a tariff on imports, making prices higher for the products from foreign nations, and driving consumers to purchase American-made products.

US politicians, bought into office byway of the corruption of money in politics called Citizens United, and collaborating with commercial interests in www.alec.org, became manic in sending US manufacturing and high-paying jobs to foreign nations.  This seems to be the reason for 2 interesting developments. The first is US families driven into poverty-income jobs, and the second is to have created the supply chain debacle that is driving up prices.  Another issue is foreign control of products Americans need.

Trump talked about these problems but did nothing about them.  Trump did however link 2 decisions, one being the tax relief for wealthy Americans, along with the Trump Tariff.  To place a tariff on products required by lower-income consumers, when the manufacturing is done outside of the US borders by governmental mandate (globalization) effectively was an immediate and direct tax against low-income American households to pay for he Trump tax cut for the wealthy.  Should we talk about this?

Several oligarchs have been heard defending this action by saying a tariff can be used to “control geo-political issues”, which is total deflection. It is a direct and immediate tax on the products used by most Americans.  And the money goes to the US government.

That was an immediate start to inflation.  This isn’t about Republicans or Democrats.  Biden can remove the tariff instantly.

Biden says “it isn’t written that we can’t have manufacturing in the US”  No s–t Sherlock….your Obama/Biden Administration was hysterical in support of TPP.  This trade agreement promoted globalization and included language that undermined local-community civil, human, and environmental rights to promote commercial rights for multi-national corporations.  But in 2022, this can indeed be addressed.

And anyway, it would seem inflation is now used in place of price gouging.

As Trump’s daughter’s husband once said, (paraphrase) — the American people are the customers of the government.  That sounds a bit fascist.

We need a realistic perspective of what we act like.

The Strike That Started The Red Wave

The Specter Of Germany Is Rising

Silencing The Lambs – How Propaganda Works

T;he following is a lovely expression of reality that is an example of an alternative view of life held quite seriously by many people.

https://www.youtube.com/watch?v=bKA3Kyw7Tns  –Aug 31, 2022 A reading for contemplation/meditation of some profound and beautiful reflections attributed to Einstein on the nature of Reality. The source link for these quotes, compiled by Nicholas F. Benton, can be found here: https://www.fcnp.com/2021/10/07/einst….

From HonortheEarth — https://twitter.com/HonorTheEarth/status/1569734727128547329?cn=ZmxleGlibGVfcmVjcw%3D%3D&refsrc=email —Join Winona at the Many Nations Goat Farm as she plants her Russian Hemp Variety. We are growing a local economy. It’s time for the next economy. This is the Green Path, or the Indigenous New Green Deal – its local, organic, and led by women.

TWH – For over 1,500 years, Native Americans of a variety of tribes have held sacred ceremonies at Oak Flat, which they recognize by the name “Chi’chil Bildagoteel.” Resolution Copper, owned by Rio Tinto, wants to turn the sacred site into a copper mine. Apache Stronghold has sued to defend Oak Flat. In June 2022, a 3-judge panel heard the case and ruled against Apache Stronghold.–end of wildhunt info–

Compare the possibilities of living a life founded upon our intrinsic natural rights, peace, joy, and curiosity, with the MSM-reported life on Earth—–https://www.youtube.com/watch?v=gdQx2HRu9fQ —

How The US & UK Stopped Peace Deal In Ukraine

–end of leecamp info—-ostensibly a comedian who is highly censored, for some reason…..

« MAGIC OF INFLATION
INFRASTRUCTURE OF TYRANNY »