STORIES THEY TELL US 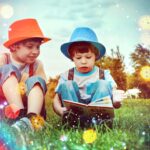 Questions can be as important as answers to establish reality about topics that most of us haven’t absorbed.

https://aeon.co/essays/states-have-a-moral-responsibility-to-settle-their-debts?utm_source=Aeon+Newsletter&utm_campaign=93c7b83dd7-EMAIL_CAMPAIGN_2022_09_12_11_42&utm_medium=email&utm_term=0_411a82e59d-93c7b83dd7-70464341 –The individual people who perpetrated these acts are in most cases long dead, but the states and organisations remain.

Can a nation obsessed with money think of anything else?—

The health care system in the USA is still predatory and sub-par as compared to that of most similar nations.    Are cancer moonshot speeches a distraction?-

Citizens of Dunn County, Wisconsin, have a plan to place national, publicly-funded health care for everyone on their November 8th county ballot.  In June and July at meetings of the County Board of Supervisors, many spoke of a broken health care system and their proposal to fix it.  After the third meeting, the Board voted unanimously to put the following question on the ballot:

“Shall Congress and the President of the United States enact into law the creation of a publicly financed, non-profit, national health insurance program that would fully cover medical care costs for all Americans?”–end of portside info–

https://portside.org/2022-09-12/ukraines-tale-two-colonizations?utm_source=portside-general&utm_medium=email      –As Luca Celada of il manifesto writes, “the ‘conversion’ to capitalism has followed the usual pattern: a class of oligarchs and a narrow elite have enriched themselves disproportionately by despoiling the public sector with the complicity of the political class.” Moreover, financial assistance from the West has always been “strongly tied to reforms that Ukraine was required to implement, all under the banner of fiscal restraint and austerity,” further immiserating much of the population. Such is the legacy of the capitalist West’s engagement with post-independence Ukraine.

C-Span aired a meeting of the Financial Technology presentation this week  —  https://www.c-span.org/organization/?140475/Financial-Technology-Association       —

The topic was institutionalized technological gadgets for the use of low-income families as an answer to poverty.  An audience member asked the reason they didn’t simply raise the income of low-wage workers.  The institutional representatives shared (paraphrase) that that wasn’t  in their purview……..no doubt.

Rome is said to have invaded the British Isles around 43 AD with an end result of “conquering” the Indigenous Tribes.  Eventually the British Isles adopted the attributes of their conquerors, with a taste for imperialism and succeeded in colonizing other innocent nations.  One such was North America.  Talk about monarchy dissolution recently on MSM conveniently ignore this, presumably due to the American Revolution that seems to be the excuse to ignore the FACT of ignoring Native Americans.  Love of freedom is also an excuse for the USA to explain involvement in a proxy war with Russia to resist an imperialism in Russia toward Ukraine, that Russia explains as resistance to historical imperialism by other nations.

The same style of story telling can be seen by the government toward We The People.  Funding can be exponential to support imperialistic propensities.while American neighborhoods go begging.  So-called assistance to families is more nearly funding to enable poverty-stricken family members to be capable of reaching their employment to fulfill their obligation for poverty wages.  Actual funding that puts dollars into the pockets of parents is sparse.  FACTually, a wage commensurate with the ability for 1 wage earner to sustain a family in dignity is preferable.

Most wars use nationalistic jingo to sell to the public, as needing to react to some enemy.  More FACTually wars seem typically to be class-based.

Sep 3, 2022 This week Howie will be broadcasting from the Socialism 2022 conference in Chicago and is joined by Ukranian socialist and political economist Yuliya Yurchenko!–end of howiehawkins info—

Many people confidentally voted for Howie Hawkins for President in the last 2 elections, in order to retain integrity.