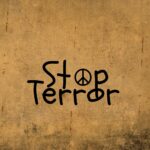 As one who doesn’t take seriously Marjorie Taylor Greene and who believes she does herself a disservice by continuing in manic right-wing chauvinism, one is still surprised to agree with her assertion that an audit is required on the topic of the US funding to Ukraine for the war with Russia.

https://popularresistance.org/americans-dumbed-down-on-russia/         –Humorist Will Rogers had it right:

That a notion of money laundering doesn’t arise in connection with that which we have watched from the USA and Europe over the past decade is surprising.  Still surprising is disingenuous US acceptance of a Hillary Clinton State Department and Clinton Foundation connection around the globe.  Shell corporations were a matter of interest at one time.

This doesn’t suppose a lack of connection between Putin and Trump, but rather an accompanying connection between Obama/Biden and Zelensky isn’t out of the question.  This must be open for discussion by uninformed and curious minds.

On the topic of dumbing down, one sees a suspicious approach to education that is more about indoctrination and less about information.  The US educational system seems motivated to teach what to think rather than how to think.  A happy side effect for hierarchical Establishment has been indentureship  of youngsters beholden to capitalism and with little to no ability to earn income commensurate with ability to pay back such debt, that is itself a form of censorship.  As uninformed as some people may be on this topic, the FACT of the result is obvious.

Censorship connected to indentureship feels similar to a system against which The American Revolution was fought, even when the meritorious reward is a degree from an institution of higher learning.

These are obscure and subtle issues, but this is also the place where corruption grows.

Consider the notion from Diane Sare that dictatorial terror isn’t about lies told to the public that the public believes, but rather the terror of lies told that everyone know are lies, and the teller doesn’t care, while the public can’t refute.  This is an interesting idea.

An example in one person’s thoughts, could be WMD’s.

Or perhaps acceptance that our fossil-fueled grid upon which everyone depends, is safe.

Relevant information from Rema Loeb, and shared with gratitude—-https://www.facebook.com/rema.loeb/posts/pfbid02Gyi5qU9nh3V3urQhyK6WTWka4hzNbK5oKyxxfJA5unJVASe4rBGLqXQ1XcURcdqkl  —

Stroke has a new indicator! They say if you forward this to ten people, you stand a chance of saving one life. Will you send this along? Blood Clots/Stroke – They Now Have a Fourth Indicator, the Tongue:–end of remaloeb info—

« IT’S THE DUOPOLY, STUPID…
JUSTICE IS A JOURNEY »