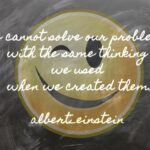 C-Span hosted a call-in discussion on the topic of age limits for political-office holders.  This seems to bring to mind cultures that respect the experience of elders while young people are leaders. Americans need look no further for a model than Native communities.  But principles need to be measured in terms of wisdom and experience as compared to terms of greed and privilege.  If this isn’t the case, a critical limitation on knowledge stops us in 1619, as seems to be the case.

https://popularresistance.org/putting-indigenous-knowledge-into-practice-for-climate-change-the-tribal-adaptation-menu/      –Indigenous people developed deep knowledge about their environment that they built through relationships with land and with place over hundreds and often thousands of years. They have learned how to live off the gifts of the earth and take care of them so that they will be healthy for many generations to come. This knowledge offers another way of seeing and understanding the world, one that is necessary to address climate change. Now scientists, governments and communities are finally recognizing that taking action to adapt to climate change is urgent and an increasing number of people are looking to indigenous knowledge for insight.

https://popularresistance.org/apaches-get-rehearing-in-fight-to-preserve-oak-flat-a-sacred-site-in-arizona/   –The 9th U.S. Circuit Court of Appeals announced Thursday (Nov. 17) that it will rehear the case in front of a full 11-judge court instead of the original three-judge panel.

Earlier this summer, the divided federal appeals court, in a 2-1 ruling, held that the government could proceed with the transfer of Oak Flat to Resolution Copper, a company owned by the British-Australian mining giant Rio Tinto.

C-Span–caller–7:30AM–(paraphrase)–Boomers should get out of the way because some of the oldsters don’t even know the function of female bodies, and some of the Boomers are segregationists.

As one who would love to  see “Boomers get out of the way”, in order that a COMPETENT younger group can lead, one recalls that it was during the time of “Boomers”  that the civil rights movement thrived and women were disabused of violations against natural rights of control of one’s own body, both of which serious gains are threatened while a younger generation has the capacity to act.  We are waiting with bated breath.

Definition of a sick system, with appreciation to Rema Loeb—–https://www.facebook.com/rema.loeb/posts/pfbid02vs7gEwTk77gq9Dg99kJgPg8YF52Fi7RM8uG3mMweSUnkcBE6H4fzkWJWWNAatCQKl

One believes we cannot have a reasonable discussion without remembering the understanding by NATO and  Russia that NATO wouldn’t crowd Russia.  NATO is crowding Russia, and the USA that internally seems to have a fascist problem, may function similarly which is imperialism.  So as we accuse Russia of imperialism, which is FACTual, what about NATO and its nations?

The Green Party offers a respectful discussion about the Russia-Ukraine War that is other than partisan sound bites.