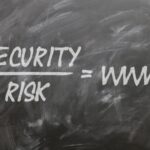 So the same Administration that welcomed Russia’s Lavrov into the White House without transparent journalism provided for the information of We The People, and with Trump meeting privately with Russia’s Putin without availability of journalism to provide information to other bureaucrats, politicians, or We The People, also spied on journalists meeting with Assange in UK, when said Assange is investigated in a role of whistle blower who reported on US war crimes.

Mike Pompeo & CIA Sued for Spying on Americans Who Visited Julian Assange in Embassy in U.K.

Aug 16, 2022 Lawyers and journalists sued the CIA and former CIA Director Mike Pompeo Monday for spying on them while they met Julian Assange when he was living in the Ecuadorian Embassy in London, where he had political asylum. The lawsuit is being filed as Britain prepares to extradite the WikiLeaks founder to the United States, where he faces up to 175 years in prison for violating the Espionage Act by publishing classified documents exposing U.S. war crimes in Iraq and Afghanistan. We speak with the lead attorney in the case, Richard Roth, who details how a private security company stationed at the London Embassy unknowingly sent images from Assange’s visitors’ cellphones and laptops as well as streamed video from inside meetings to American intelligence. He says the offenses breach a range of client privileges and could sway a U.S. judge to dismiss the case if Assange is successfully extradited. —-end of democracynow info—

Coincidental with this is he unfolding Top Secret document saga including Trump and the reason he needs to retain such information that may be harmful, as is reported, to the US national security.

In other words, is the business of the US government that is replete with bureaucrats and politicians with the overriding obligation to adhere to Oaths of Office to uphold the US Constitution ignored in order to, for example, “run government like a business”?

As the US bores down into an apparently and predictably entrenched war in Europe, should the public inquire into participation in pot stirring by Administration after Administration?  A case can be made that national security has been compromised with globalism that may be a euphemism for imperialism; no less than has been world wide security.  Could anyone have predicted that said actions would obviously one day be so exposed; and if not, why not?  Is that in itself a national security risk?  Or is the naivete so sure that the subject was never raised?

Debt and the transition to regenerative agriculture

Imperialism is the arsonist: Marxism’s contribution to ecological literatures and struggles

Concern with national security risks should but does not seem to include Climate Change.https://www.youtube.com/watch?v=A2N1A0N5cPs         —

Could Trees Hold The Answer?

Aug 23, 2022 This week’s most censored story from Lee Camp is the little-discussed climate change mitigation act of planting trees and preserving those that are already standing.

Learn more in the latest episode of The Most Censored News with Lee Camp.–end of leecamp info—-

« WHEN OLIGARCHS ARE WORRIED
SHIP OF FOOLS »