MATCH PRINCIPLE TO YOUR VOTE 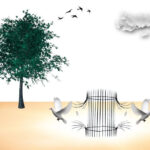 In order to better assess the policies and inclinations of the politicians chosen to Represent We The People,

Noburnbroome has performed the following excellent information-gathering for their community—-https://noburnbroome.com/—–

NoBurnBroome supports the following candidates in the November election

——-end of noburnbroome info–https://noburnbroome.com/questionnaire-shows-broome-county-candidate-viewpoints-on-endicott-incinerator/
https://noburnbroome.com/questionnaire-sent-to-candidates-for-election/–On September 1, 2020, NoBurnBroome sent a questionnaire to Broome County candidates who are running for office in November 2020. Candidates had nine days to respond to the questionnaire. They were sent two reminders and the deadline was extended for two days to September 11, 2020.
Members of the NoBurnBroome team reviewed the candidate responses and are pleased to share them with the voters of Broome County. Based on candidate answers, NoBurnBroome appreciates that most candidates who responded appear to have educated themselves on the issue with available resources, including resources that are the result of hundreds of hours of research and discovery by the NoBurnBroome Science team, which is comprised of Broome County residents.

Local community members cannot take for granted their so-called Representatives, for more reasons than are comfortable—-https://www.blackagendareport.com/beware-movements-controlled-opposition–Shannon Jones, of Bronxites for NYPD Accountability, who was among 250 people arrested at a massive police assault on protesters, June 4, warns that some corporate foundation-funded groups now constitute a “controlled opposition” to the ruling order. “Follow the money,” said Jones. “There are so many organizations that are profiting and poverty-pimping off of Black pain and struggle.” Jones’ organization and others have for several years been confronting the NYPD under the slogan “F the Police.”–end of bar info–

Capitalistic hierarchical Establishment are fond of reminding We The People “progress cannot be stopped”.  Be that as it may, progress can be defined, and we can choose progress based on good health, equality, and peace—https://steadystater.buzzsprout.com/1244474/5822353-the-trophic-theory-of-money-part-1—There is no theory in economics more down to Earth than the trophic theory of money (TTOM). Born out of an epiphany in ecological economics by Brian Czech, the TTOM offers the clearest explanation to the ecosystem we call “the economy” and the origins of money. In this episode, we examine this theory through the lens of ancient cultures and the food chains of nature.

—end of steadystate info–
We The People have been removed from the equation of our democratic (small d) Constitutional republic pertaining to the government that politicians have informed us will now be “run like a business”.  Growing numbers of local community citizens are reclaiming autonomy—-https://mailchi.mp/transitionus/ppelection?e=0d02132bed–In an era of accelerating climate change, global pandemic, and social unrest, the integrity of our coming presidential election and its impact on our democracy present seemingly existential challenges for our country.
–end of transitionus info–
The reasons to protect our environment are not academic—-https://www.onegreenplanet.org/environment/childrens-brains-exposed-to-air-pollution-show-alzheimers-warning-signs/–Children in Mexico City were found to have evidence of Alzheimer’s disease biomarkers in their brains and scientists believe its caused by air pollution. Other studies have linked fine particulate air pollution with the disease.
–end of onegreenplanet info–
Genocide and war crimes are obvious.  Disregard for the health of the children of our nation is more easily hidden, as is domestic violence—-https://ccf.georgetown.edu/2020/10/08/childrens-uninsured-rate-rises-by-largest-annual-jump-in-more-than-a-decade-2/–The number of uninsured children increased every year during the Trump Administration.
–end of georgetown info–https://ccf.georgetown.edu/wp-content/uploads/2020/10/ACS-Uninsured-Kids-2020_EMB-10-06-edit-1.pdf

The rights of people are routinely and customarily harmed by capitalistic hierarchical Establishment in the USA, in opposition to the words from politicians who are bought into office by big-money interests.  Intellectual honest is necessary to support our democratic (small d) Constitutional republic—–https://howiehawkins.us/release-hawkins-for-president-supports-renaming-columbus-day-indigenous-peoples-day/–European settlers killed an estimated 56 million indigenous people over 100 years in South, Central, and North America, causing large swaths of farmland to be abandoned and reforested. Columbus is documented to have partaken in mass hangings, torture, murder, rapes, roasting people on spits, burnings at the stake, and hacking young children to death. In a 20-year period, the Taino population under Columbus was reduced from as many as 8 million to 100,000.The Green Party supports adhering to (and strengthening) the treaties with Indigenous nations and to ratifying international human rights frameworks that protect Indigenous peoples. That framework includes implementing the United Nations Declaration on the Rights of Indigenous Peoples, the International Labor Organization Convention 169, and the jurisprudence of the Inter-American Human Rights System of the Organization of American States.–end of howiehawkins info–
If simple humanity doesn’t inform, legal determinations have named war crimes as criminal—-https://portside.org/2020-10-12/assange-faces-extradition-exposing-us-war-crimes–Ellsberg also wrote in his testimony that he considers the WikiLeaks publications “to be amongst the most important truthful revelations of hidden criminal state behavior that have been made public in U.S. history.” No media outlet or journalist has ever been prosecuted under the Espionage Act for publishing truthful information, which is protected First Amendment activity. Journalists are permitted to publish material that was illegally obtained by a third person and is a matter of public concern. The U.S. government has never prosecuted a journalist or newspaper for publishing classified information, an essential tool of journalism.
–end of portside info–
To pretend ignorance about genocide or war crimes doesn’t make them go away.  This is similar to domestic violence in the USA, that one suspects is news blacked-out if perpetrators could be so-called respectable, as many domestic violence perpetrators are seen to be by the public.  In the Southern Tier of NYS, another weekend and another woman is shot—https://wbng.com/2020/10/12/woman-hurt-in-shooting-suspect-charged-in-town-of-fenton/
Little to no information is released; and this may be acceptable due to privacy considerations, especially for the woman.  However this, like rape that isn’t reported, creates a society blissfully ignorant of the danger to women.  We live in a hyper-patriarchal society, and this is especially possible with the denigration of women and children.  The current political campaign season has used misogyny for political reasons to an exorbitant extent.  After degrading women in one way or another, this misogyny can be justified by the perpetrators, if violence against women remains a secret.
If names and addresses cannot be used publicly, one questions whether a data bank of information can be made public, in which at least the FACTS of violence against women isn’t hidden, which censorship allows the hubris of patriarchy to denigrate women with impunity.
On this day when the Republican/Democratic duopoly stress that religion cannot be a part of consideration for a seat on the Supreme Court, one trusts this integrity will be applied to all people—-https://wildhunt.org/2020/10/pagan-community-notes-indigenous-peoples-day-fiona-horne-and-uptick-in-members-of-pagans-in-iceland.html?utm_source=Wild+Hunt+Subscribers&utm_campaign=cd2eefee13-DAILY_RSS_EMAIL_CAMPAIGN&utm_medium=email&utm_term=0_684818cea6-cd2eefee13-238