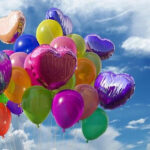 Quality isn’t a flash-in-the-pan. Particularly when We The People have been sufficiently preoccupied attempting to survive as we vote into positions of public office, sycophants to big-money interests both of which know the price of everything and the value of nothing.   Anyone with the perspective of perhaps 60 or 70 years of life, will laugh at themselves say 50 years ago.  —-https://www.organicconsumers.org/bytes/war-life?utm_medium=email&utm_source=engagingnetworks&utm_campaign=OB+676&utm_content=OB+676–With the passing last week of Ruth Bader Ginsburg, we were reminded of the many issues she stood for and fought for, and of some of her words of wisdom.

This one often-cited quote attributed to Ginsburg hits close to home for those of us trying to reform food and farming policy:“Real change, enduring change, happens one step at a time.”–end of organicconsumers info–
That change takes time doesn’t mean action shouldn’t be taken immediately, but it does mean results worthy of such action are worth the commitment of patience..
Of an age to enjoy perspective, the work of environmentalists is for the future, not for ourselves—-https://www.desmogblog.com/2020/09/18/court-youth-climate-lawsuit-washington-inslee-fires?utm_source=DeSmog%20Weekly%20Newsletter–As rampant wildfires worsened by climate change continued to batter the western U.S. this week, a Washington state appeals court examined the question of whether young people should be allowed to sue their state government over the climate crisis. The hearing, held Thursday, September 17, is part of a case brought by 13 Washington youth against the Evergreen State.That case, Aji P. et al. v. State of Washington, argues that the government is violating the youths’ fundamental rights under the state constitution through policies that perpetuate fossil fuels and fail to reduce carbon emissions rapidly enough to avoid catastrophic climate consequences. At a time when the state is literally on fire and climate calamity impossible to ignore, the court appeared skeptical of the state’s argument that the political branches of government are doing enough to address the crisis and that climate change doesn’t undermine fundamental rights protected by the constitution.–end of desmogblog info———————————————-Meet the protectors of our tomorrows—https://www.ourchildrenstrust.org/meet-the-washington-youth-plaintiffs

The capitalism in the Democratic/Republican duopoly have in recent Presidential Administrations, strengthened the violations of human, civil and environmental rights toward local community members as both branches of this big-money-interest-connected corporate political Party codify such violations within trade agreements—-https://www.desmogblog.com/2020/09/23/agribusiness-lobby-groups-us-uk-post-brexit-trade-deal-climate-denial?utm_source=DeSmog%20Weekly%20Newsletter–The ongoing US-UK trade talks have been seen by some lobby groups as an opportunity to strip back environmental and food safety regulations to allow them to sell products – pesticides, hormone-fed meat, genetically modified crops (GMOs), and chemicals – that have been previously banned under EU law. The groups represent industries worth billions of dollars, and are supported by some of the world’s largest polluters. ALEC has since 2004 been a member of Cooler Heads Coalition (CHC), an informal group of climate science denial organisations, and is a member of the Atlas Network of free-market organisations. ALEC has received at least $1,880,700 in grants from ExxonMobil since 1997, according to the Climate Investigations Centre and $3,241,620 from Koch foundations between 1997-2017, according to Greenpeace. It also has a long history of climate science denial which led to an exodus of high-profile members in recent years. –end of desmogblog info–

Obama was a staunch defender and promoter of TPP, that included language that undermined civil, environmental, and human rights of local US communities, in order to comply with multi-national corporations.  When people concerned for the environment and worried about Climate Change, challenged the leadership of Obama, the political corporate strategists have accused as racist, such protests.  This is a dismally cynical abuse of corporate political propaganda, and absurdly off-base.
https://portside.org/2020-09-24/ilhan-omar-not-here-put-you-ease–People will say it’s my “tone.” I’m like, you’re agitated by my tone because you think people like me should be sitting in a corner, not heard and not seen. Everything that comes out of my mouth is going to be filtered through the lens of you despising my existence. That’s the metaphorical adding-of-fire

–end of portside info–
Mandates to be silent are used toward environmentalists by corporate political Party strategists.  The voice of duopoly political strategists are not worthy to be matched against those speaking truth to power.
Many principles of Native Americans recall sustainability in order for survival of humanity and nature—-https://www.youtube.com/watch?v=4PDVfGl-fO8&feature=youtu.be–

Seeds of Resistance: Indigenous-led Rights of Nature on Turtle Island

https://mailchi.mp/c7a4a7d404ba/is-it-time-to-ask-who-is-water?e=c2a9194d76–We are looking forward to hosting Intertribal Rights of Nature Forums soon. Please contact us if you are a Native American interested in participating in these not-for-public online conversations. We have full and partial scholarships available.
We are also scheduling some online trainings on Climate Justice and Rights of Nature open to everyone.  These not-for-public online workshops can also be tailored to fit the needs of your community or group. We thank you all for being part of our Movement Rights community. In solidarity for Mother Earth–end of movementrights info–

A difference exists between “beating the socialist” and using traditional corruption in elections—https://www.youtube.com/watch?v=MnpZA_wrYfE–

BIDEN Blasts BERNIE in Attempt To Get VOTES!

In order to avoid confusion, Bernie Sanders wants everyone to vote for Joe Biden.
Bernie Sanders is also the same person with the backbone to continue on his typically serious messages—-https://www.youtube.com/watch?v=9hNJHiQ7-xQ—-Bernie Sanders says Trump threatens to undermine American democracy
We may take a step toward democracy when censorship of 3rd-Party candidates stops, and 3rd-Party candidates are permitted a voice in debates.
With all respect for Bernie Sanders, one no longer wishes to “hold one’s nose and vote”; democracy is preferred.
In 2016, 40% of registered voters stayed home.  If Democratic voters voted for Biden and Republican voters voted for Trump, and the 40% of voters who have had enough of corruption voted for the Green Party Presidential candidate Howie Hawkins, Hawkins will be our next President of the USA.
Voters will not be required to vote against their conscience, as is required by the Republican/Democratic duopoly.

From another middle child and child of the ’60’s, Happy Birthday to Ann Wilson.  Music was indeed a type of religion for many people of the time.https://www.youtube.com/watch?v=g7htRait9hM–Happy Birthday, Ann Wilson: A Tribute to the Queen of Rock

To set a stage for future generations to enjoy the possibilities of our democratic (small d) Constitutional republic as surely as was the case for children of the ’60’s (not to suggest it was an easy time), to move past the tethers mandated by capitalistic hierarchical Establishment, we need clean, fair, and free elections that We The People do not have in 2020.

https://www.youtube.com/watch?v=dpsXNlarAk8–Funny Nativity: Sing Like No One Is Listening!
Demand inclusion in debates of 3rd-Party Presidential candidates such as Howie Hawkins of the Green Party, in order to understand the difference between value and price.  You will hear a politician running for public office who has a strong grasp on reality, and policies that are in keeping with requirements of We The People, in Howie Hawkins—

A vote for Green Party Presidential candidate Howie Hawkins is to ensure that you honor your own voice—-https://www.c-span.org/video/?473680-3/washington-journal-howie-hawkins-discusses-green-party-platform—

Green Party presidential candidate Howie Hawkins discusses his 2020 campaign for the White House.—end of c-span interview with Howie Hawkins—-       Howie Hawkins expresses the view that Democratic voters or Republican voters will not propel the Green Party, but rather the enormous number of disenfranchised voters who never make it to the polls, in abject disgust of the system of exclusion and lies……………………last 10 words not Hawkins’  …(paraphrase0

« Questions For Debate
Language Of Co-dependence And Enabling »