THE ECONOMY BELONGS TO YOU 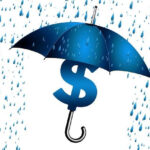 As one who has been critical of interviews on cable channel MSM, when MSM hosts an interview offering important information for We The People, that interview should also be acknowledged.

Stephanie Ruhle of MSNBC has been an advocate for the stock market.  A strong stock market doesn’t necessarily translate to a healthy economy.  MSNBC talking heads are obviously paid by capitalistic hierarchical Establishment for their support of the stock market and capitalism.  Taking care of number 1 has been the policy of the USA for decades.  But ultimately integrity is real and eventually corruption of Pyramid Schemes reveal propaganda.
This morning Stephanie Ruhle interviewed Killer Mike.  Killer Mike is a supporter of Bernie Sanders, who was censored by MSM because he supported socialism over capitalism, one assumes.  Socialism, however, would promote a fair, steady and strong economy that would function for the 100% rather than the 1%.  MSM talking heads support the 1%, probably due to self-interest.
The interview of Killer Mike today, highlighted an idea of Bernie Sanders about local banks and keeping cash within local communities, that personifies democratic (small d) socialism.  Many Americans seem to have been conditioned by capitalistic hierarchical Establishment on topics of money and finances, that are predatory by Establishment and keeps too many of We The People in debt and poverty.  This is predatory behavior and should be illegal.  Be that as it may, a thoughtful voter would choose a candidate that doesn’t receive big-money interests for campaign funding, and so would be independent in passing laws….such as Bernie Sanders.
Water under the bridge, as they say, and voter compliance and ignorance won the day in the Democratic Primary.
As to Stephanie Ruhle, one would have preferred her network and she hadn’t censored and denigrated Bernie Sanders when the opportunity was real, to vote in public office a politician of gravitas, character, and care.  But that she today interviews Killer Mike, a rapper who has worked for integrity in political choices, shouldn’t be ignored.
As to the stock market, back in the day, people in the industry were trained that the stock market was in place to provide fair and orderly buying and selling of stocks to the public.  That idea, like so many others pre-Reagan, that attempted integrity in the financial markets, is a joke—-https://digitalcommons.law.yale.edu/cgi/viewcontent.cgi?article=6274&context=fss_papers
We are living in an ostensible Pyramid Scheme that includes “running government like a business”, that on a continuum becomes organized crime.
Contrast Stephanie Ruhle with other MSNBC talking heads who for years have promoted rappers unabashedly because these entertainers were capitalists and proudly so.  Use of these entertainers as representative of minority community excellence must be challenged.
Team Blue MSM, that supports Democratic Establishment, has used the magnetism of bling to influence voting, and anyone who remarked on the degeneration of supporting capitalism that is hierarchical and in keeping with Pyramid Schemes, could be labeled as racist, due to celebration of such entertainers.
It would benefit the audience to keep in mind that entertainers overwhelmingly self-enrich byway of capitalism.  To use them as a touchstone of integrity should be closely analyzed.  Nobody should resent their success; everybody should recognize their loyalty is to wealth, especially their own.  Somewhere along the road, We The People have accepted as ostensible people of character, those who exploit for profit.
And so we have running as the Presidential candidate for Democratic Establishment, lobbyist-directed Joe Biden.
One wishes Stephanie Ruhle had found her voice sooner and before censoring Bernie Sanders, along with the rest of her network.  But that today Killer Mike was permitted to speak truth to power is a start.

Biden continues to support pay-to-play health insurance policy over a comprehensive and universal public health care policy run by the government, that would reduce Administrative costs and better deal with pandemics.  Democratic Establishment decried the ideas of Bernie Sanders as being too expensive.  Reality tells us that We The People of the USA now have rationed health care at exorbitant cost, that is higher than other industrialized nations around the globe.  Biden says he will “lower premiums”.  Make no mistake, this translates into the government paying industry for high health care costs, which is funded by taxpayers, and enriches the health care and insurance industries.  The complications and unintelligible costs buried within medical bills will continue, because transparency isn’t profitable for industry.  If government controlled the health care system, medical personnel could devote their time to healing at fair prices, and We The People wouldn’t face bankruptcy (transfer of cash from the public to the private sector), when we become ill.   We need to stop drinking the Kool-Aid.
Our local communities have looked the other way as imperialism was labeled as globalism and advertised as The American Way by past Presidential Administrations.  Make no mistake, what goes around comes around—-https://act.ran.org/page/23159/petition/1?ea.tracking.id=e_en&en_og_source=e_en&utm_medium=Email&utm_source=EngagingNetworks&utm_campaign=Forest&utm_content=KFS+human+rights+email+1+petition+Oct+2020+B&ea.url.id=628377&forwarded=true–Sign now to push them to implement policies that make sure local and Indigenous people are well-informed and can say NO to destructive development on their land.Major brands and banks, including your company, source from or finance the forestry and agribusiness giants that are responsible for the violation of human rights, and exploitation of lands that are traditionally-owned by Indigenous and local communities. The lands exploited include villages and farms, as well as forests which are used for hunting and gathering. According to the United Nations Declaration on the Rights of Indigenous Peoples, communities have the right to say “no” to unwanted development on their land. This right, however, has been too long ignored by producer companies eager to expand their plantation holdings.
—end of RAN info–https://www.ran.org/
These are reasons many voters will cast their vote for Green Party Presidential candidate Howie Hawkins and his ideas for eco-socialism, rather than succumbing to the mob mentality preferred by the Republican/Democratic duopoly.
If you do nothing else this year to support the well-being of your family, neighbors and self, please do this…..Hear Michael Bades-Canning—-https://www.youtube.com/watch?v=Zx8vn9FveSk——-Interview with Michael Badges-Canning (PA-64)
First courage to recognize bad policy must embolden change, and this won’t spring from those exploiting the current system for profit.
https://www.youtube.com/watch?v=z3AzwLI8VJ4————-

Posted in Economy | No Comments »

« INDUSTRIALIZED COGNITIVE IMPAIRMENT
YOUR VOTE WILL TRANSLATE INTO POLICY »